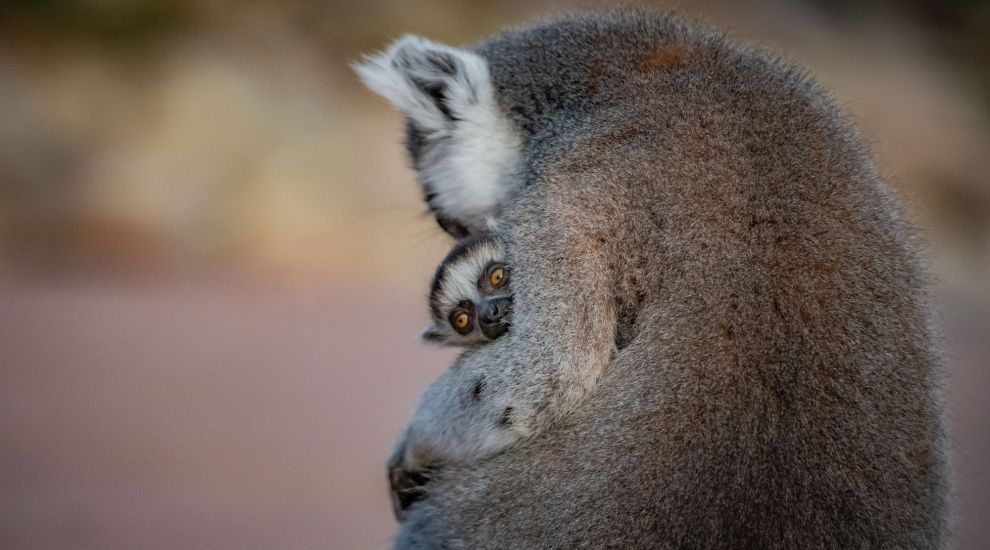 Twin endangered ring-tailed lemurs have been born at a UK zoo.

They were born to mother Fiona and father Dog at Chester Zoo on March 2 and have just begun to venture outside.

Mike Jordan, director of animals and plant collections at Chester Zoo, said: “Ring-tailed lemurs are the one of the planet’s highest primate conservation priorities, so we’re absolutely thrilled to see two tiny babies born into the group here at Chester.

“Wonderfully, youngsters are born just like miniature adults and already have all of their fur markings, including their iconic black and white tails which they use to help identify one another.”

The twins are 15cm tall and weigh just a few hundred grams, described as being “no bigger than tennis balls with tails”.

Zookeepers have not yet been able to get close enough to determine the sex of the animals as they will spend the first few months of their lives clinging to and piggybacking on their mother.

Lemurs are found in the wild only on the island of Madagascar, where mass deforestation has destroyed much of their natural habitat.

According to experts, the population of wild lemurs is thought to have decreased by about half in the last 36 years.

Mr Jordan said: “It’s sad to consider just how endangered they have become but the birth of these twins gives a timely boost to the international conservation breeding programme for these fantastically charismatic animals.

“In these unsettling times, the arrival of such endangered babies really does help to raise a smile.”