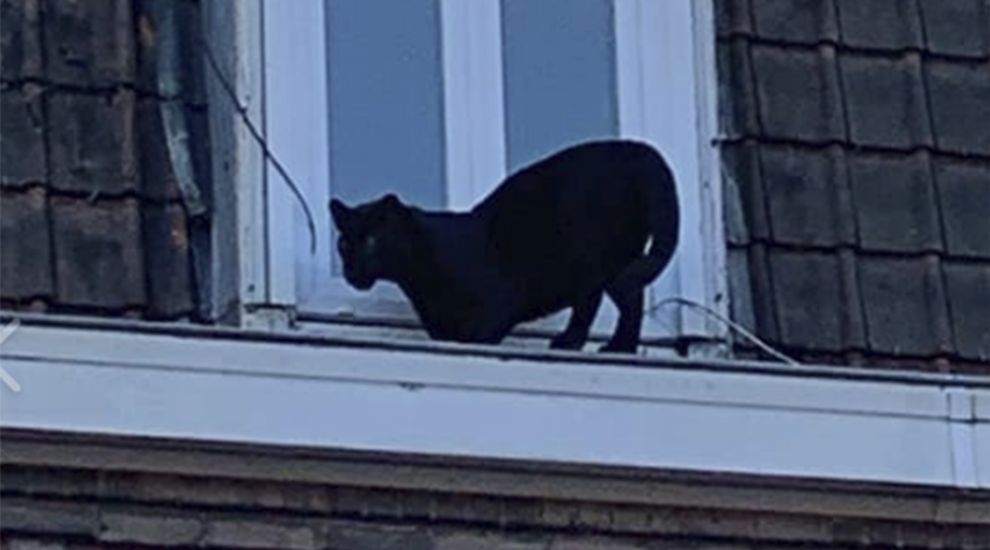 A black panther has been spotted on the rooftop of a building in a town in northern France.

Police were called to a property in Armentieres near Lille on Wednesday when locals spotted the big cat prowling the roof and going in and out of an open window.

In a tweet, the local fire brigade said: “After a call at 18.23 for a dangerous animal, firefighters were confronted with a large cat walking on residential gutters.”

Working together, police and firefighters secured the perimeter and requested reinforcements before getting the identity of the animal confirmed as a panther.

The fire service said officers were able to contain the panther once it went into a house.

Once there, firefighters, police and representatives of the National Office of Hunting and Wildlife entered and subdued the cat with a tranquilliser gun.

It is now being cared for by the Animal Protection League.

According to local reports, the animal – which was around six months old – had been domesticated, showing no signs of aggression, and had had its claws cut.

The animal’s owner is being sought by police.