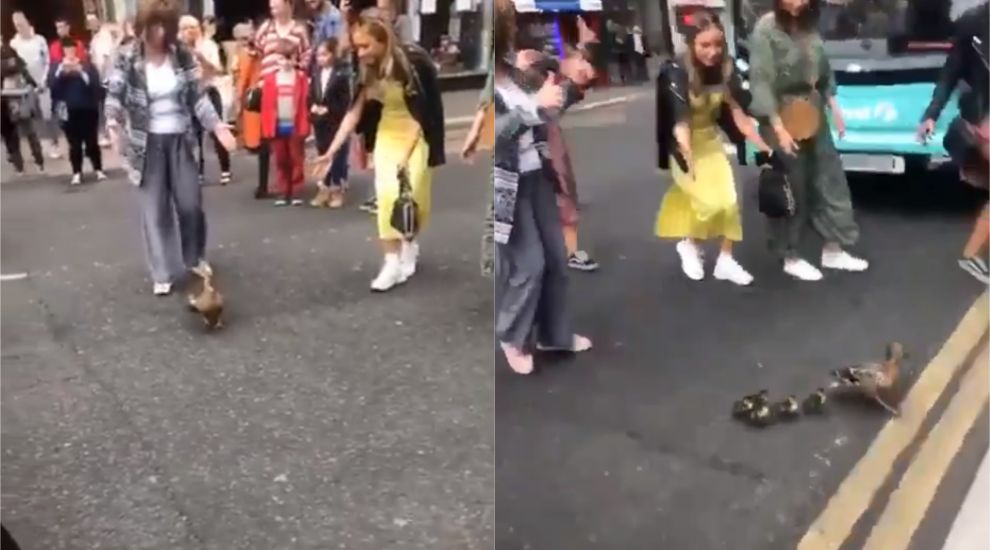 A group of pedestrians in Glasgow teamed up to help a mother duck and her ducklings cross the road.

Footage shared on social media shows the moment a crowd formed in lines across the road in the Shawlands area as a woman ushered the duck family across.

Lucy Lamputt, 16, filmed a video later widely shared on her sister Sophie’s Twitter page of the moment of kindness, which took place over the weekend.

“Across the road I’ve seen people crowding round. I didn’t know what was going on so I went over and I’ve seen duck and ducklings walking out of an alleyway trying to cross the road over to the other side,” the student from Uddingston told the Press Association.

“So everyone went out on the road in a line to stop the traffic and the buses, then they made it to the park safely.”