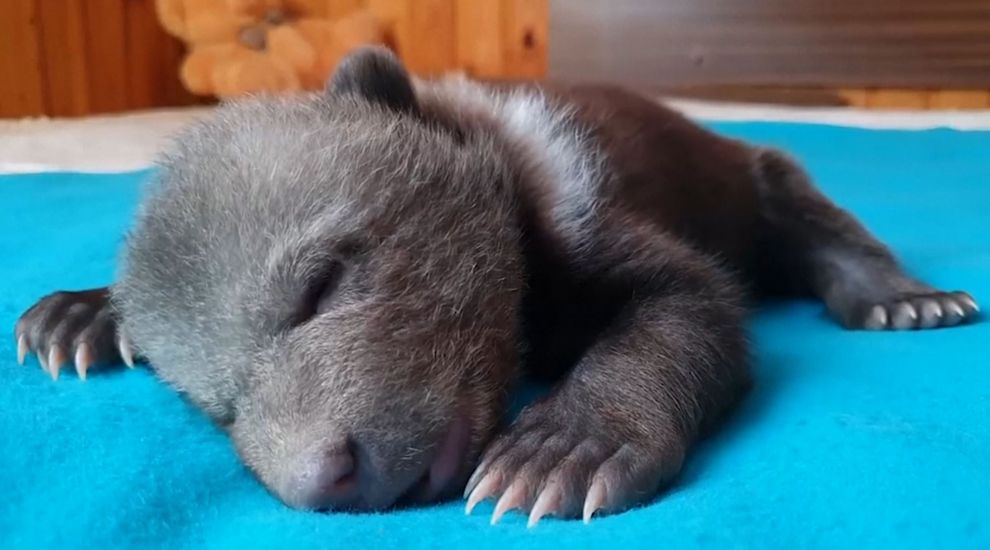 An orphaned bear cub is being nurtured back to health at a Russian rescue centre.

Masha the cub was found abandoned in a Russian forest and is now being cared for at the Orphan Bear Rescue Centre (OBRC), based in the Russian Tver region.

She is recovering alongside three other cubs, the first of the year to be brought to the centre.

It is not known what happened to their parents but the centre said man-made disruption, such as logging and noise activity, is a likely factor.

It is hoped Masha will eventually be strong enough to be returned to the wild.

The OBRC rescues, raises and rehabilitates brown bear cubs and prepares them for release back into the wild. The centre is located in an area of dense natural forest, approximately 450km north west of Moscow.

Cubs are typically brought to the centre between January and late April when temperatures are at their lowest. Some are only days old and often are in critical condition — emaciated, injured or suffering from pneumonia or hypothermia.