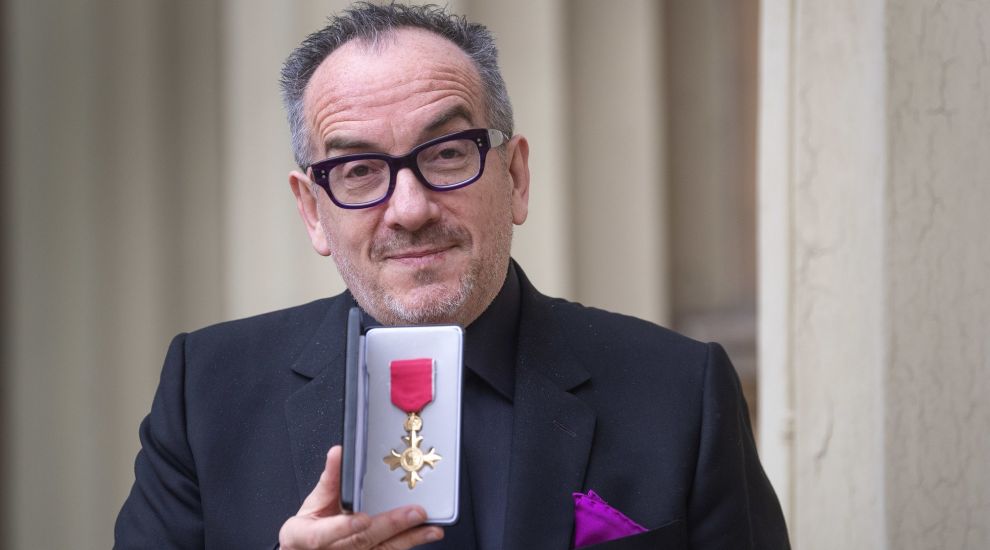 Elvis Costello described being honoured in Buckingham Palace as a “curious and gracious” experience, having initially been reluctant to accept the establishment endorsement.

Costello smiled as he described how he imagined his late father, who he described as a non-violent Irish republican, might have reacted.

Explaining that his musician father Ross MacManus had sung at the palace more than 50 years ago at a Christmas staff ball, he said: “I know my dad would’ve loved the idea of one of the family coming through the front door.”

Costello, who was made an OBE for services to music, praised the “broad-mindedness” behind someone like him being included in an honours list and complimented the “resilience” of the Queen.

The 65-year-old, who was born Declan MacManus in London, said: “Obviously it wouldn’t be any secret that I never write any songs about ‘hooray for her majesty’. But her resilience, you’d have to say that’s unexpected.

“I think it shows a degree of broad-mindedness to have me in here,” added the singer, who has enjoyed a five decades-long career during which he has been inducted into the Rock And Roll Hall Of Fame and ranked by Rolling Stone as being among the 100 greatest artists of all time.

“The experience was very curious and gracious, I have to say,” he added.

He paid tribute to his mother for encouraging him to accept the award, but said ultimately it will not change him.

“It goes on the shelf with the other things (awards),” he said.

“You try to take them with a bit of grace. There was a time when I might have made more of a gesture, saying no. But it’s easier to do that than to reason why you would say yes.”

Child, who famously began writing the hit Reacher crime book series after he lost his job aged 40, laughed as he imagined that unemployed man telling himself now: “Well, it worked, didn’t it?”

The author, who was honoured with a CBE for services to literature, is in the process of handing over control of the acclaimed series of books to his younger brother, and said fans can expect a “revitalised Reacher”.

He added: “Happily my brother is very like me but a lot younger so the plan is that we should be able to continue into the future.”

Child, whose real name is James “Jim” Grant and who had his literary action hero brought to life on the big screen by Tom Cruise, said the decision to step back was “pretty hard” and felt like “the end of an era”, but said he is looking forward to having more time to read, typically getting through a book a day.

Sir Geoffrey, who declined to speak to the media, appeared in good spirits after being knighted by the Prince of Wales at the ceremony on Friday.

News of his knighthood was met with both congratulations and condemnation when Theresa May’s resignation honours list was revealed last year.

The former Test opener was convicted in France in 1998 of beating his then girlfriend Margaret Moore in a French Riviera hotel, and domestic abuse charities expressed their disapproval of the honour.

But Sir Geoffrey, who has always denied the assault despite the conviction, batted away the criticism, saying when challenged about it last year that he “couldn’t give a toss”.