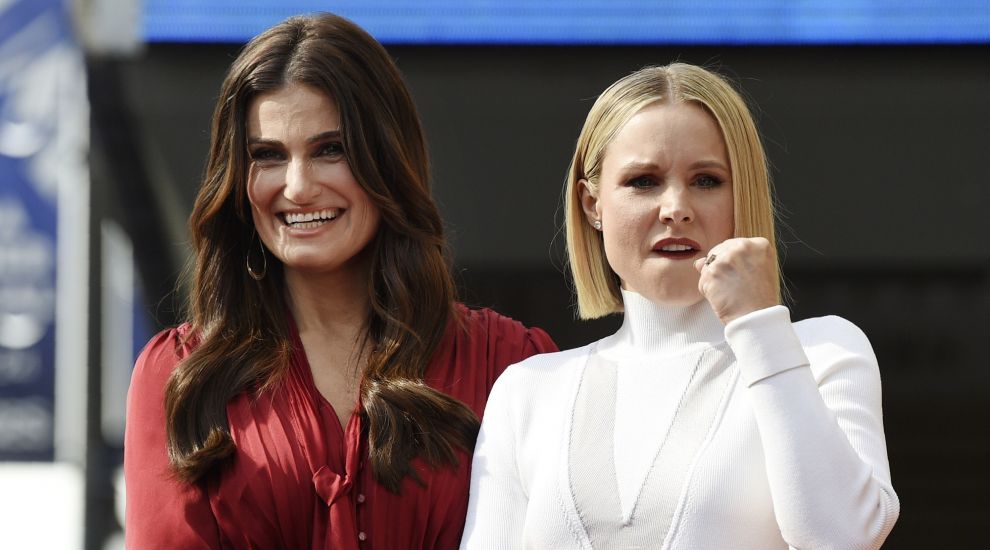 Frozen 2 stars receive stars on the Hollywood Walk Of Fame

Frozen 2 stars receive stars on the Hollywood Walk Of Fame

Frozen 2 actresses Idina Menzel and Kristen Bell have been honoured with stars on the Hollywood Walk Of Fame.

The pair are returning to the kingdom of Arendelle for the sequel to Disney’s 2013 animated blockbuster, with Menzel reprising her role as Elsa the Snow Queen and Bell again lending her voice to Princess Anna.

They were inducted into the Walk Of Fame during a shared ceremony on Tuesday, when their stars were placed in cement next to each other outside Hollywood’s historic Pantages Theatre.

During her acceptance speech, Bell reflected on her career and revealed the advice Cher gave her when working together on 2010 musical Burlesque.

“If it doesn’t matter in five years, it doesn’t matter”, Bell, who was inducted in the category of motion pictures, said. She told the audience “this moment here doesn’t necessarily pass the Cher test”.

Instead, the star of sitcom The Good Place said the support of her parents and her husband, the actor Dax Shepard, were more important.

And, joking about Frozen’s best-known song, Let It Go, she added: “This star will really only know its true value when, inevitably, someone is mugged in that very spot, and as they clutch their purse the assailant screams, ‘Let it go!’ And the victim will look up and say, ‘That’s not even her song, you son of a bitch’.

“Only then will I know that I’ve truly made it.”

Tony Award-winning actress Menzel, 48, was inducted in the category of live theatre/performance.

She recalled visiting the Walk Of Fame with her friends as a teenager, saying: “I took a picture next to Barbra Streisand’s star so it obviously means a lot.

“Never in a million years could I think that I’d be standing here among all these incredible names on the sidewalk.”

Frozen 2 is showing in UK cinemas from November 22.