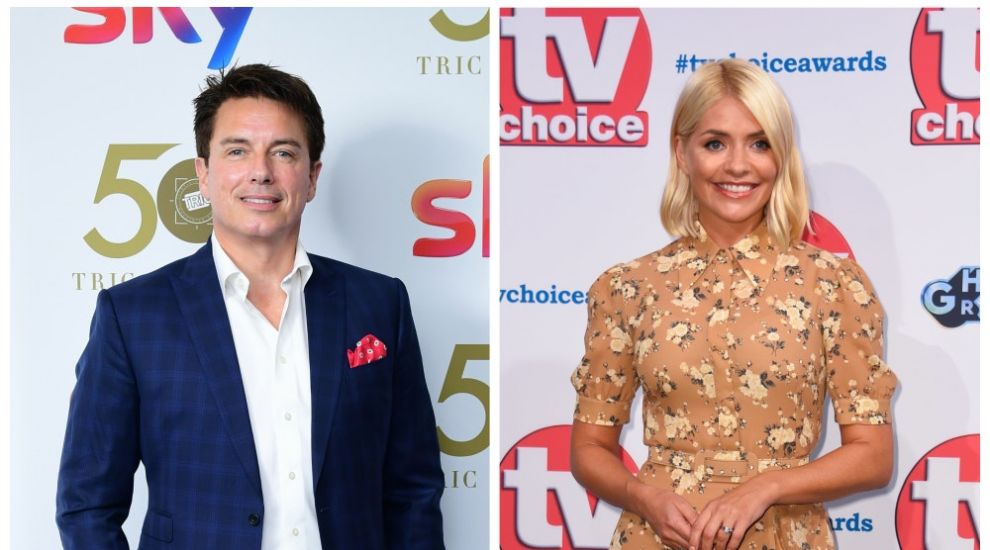 Holly Willoughby has said it is “wonderful” that John Barrowman is returning to Dancing On Ice as a judge.

The entertainer, who last week cancelled a string of live dates because of a severe neck injury, appeared on the ITV skating show’s 2006 series as a contestant and was the fourth star eliminated.

He is preparing to join Jayne Torvill, Christopher Dean and Ashley Banjo on the show’s judging panel, following the departure of Jason Gardiner.

Willoughby, who co-hosts the show with Phillip Schofield, said: “He is going to be just wonderful because he’s full of life.”

Speaking on The Jonathan Ross Show, she added: “(When he was a contestant on the show) he was really good.

“He was one of those ones who shouldn’t have gone out when he did, to be honest.”

The Only Way Is Essex star Gemma Collins is also returning for the Dancing On Ice Christmas special.

This Morning host Willoughby said: “She likes a skate. She actually did really well.

“There was the moment (when she fell last series) and nobody wants anybody to get hurt and thankfully the reason this is OK to speak about is because she didn’t get hurt, but she did give us one of the most spectacular falls ever.”

She also addressed the news that Ian “H” Watkins from pop group Steps will dance in the first same-sex partnership alongside professional skater Matt Evers.

Willoughby said: “It’s the first time on TV that we have a same-sex partnership…

“I know it’s something that Matt Evers has wanted to do for a really long time. It’s about time too!”