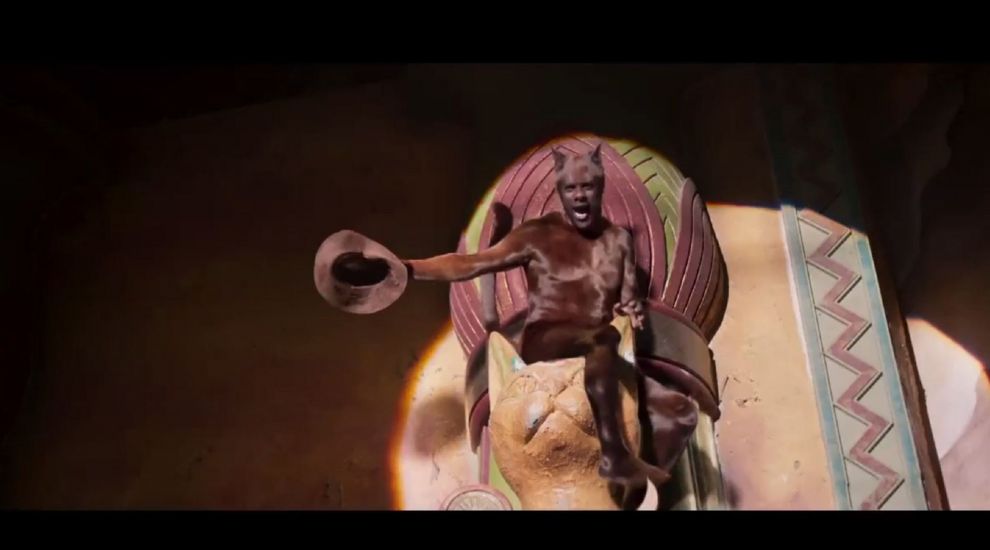 Idris Elba appears nude in feline form and covered in brown fur in the new trailer for the Cats movie.

The Luther star plays the villainous Macavity the Mystery Cat in the adaptation of the hit musical.

He says “Going to the ball could get dangerous” in the trailer, before delivering a sinister laugh.

He also tells Dame Judi Dench’s cat, Old Deuteronomy, that he has “plenty of soul” as she chooses the cat that deserves a new life, and the trailer shows Elba seated on top of a stone statue of a cat’s head as he kisses his hat and then disappears.

The first trailer for the highly anticipated movie drew mixed reactions, as some were left baffled by the appearance of the A-list stars.

Cats, directed by The King’s Speech filmmaker Tom Hooper, employs CGI animation to graft its stars’ heads on to the bodies of bipedal felines.

Based on one of the most successful musicals of all time, it features music by Andrew Lloyd Webber, who has written a new song with Swift for the film.

Cats is released in UK cinemas on December 20.