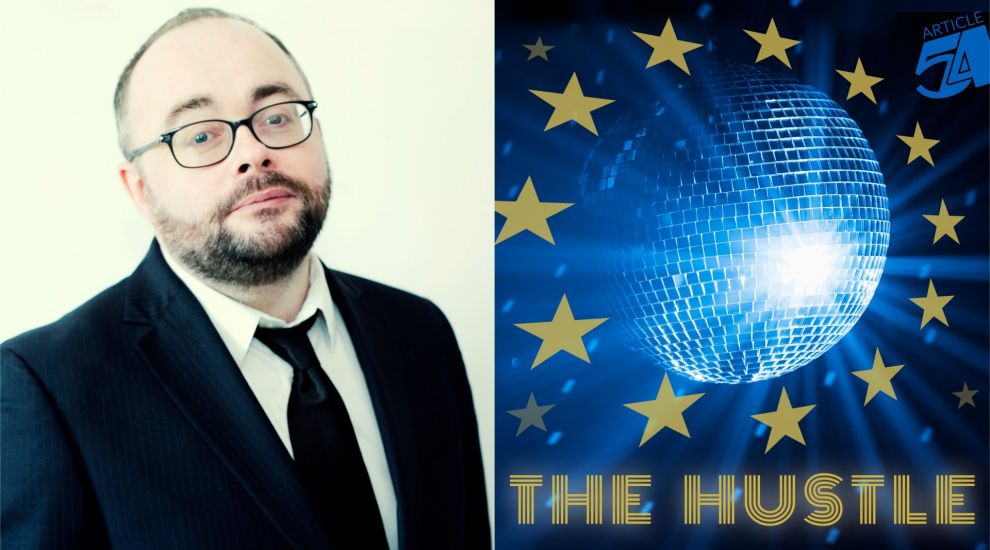 A musician has released a set of songs to help people dance their Brexit blues away in the form of a disco concept album ridiculing Brexit rhetoric.

Rhodri Marsden, 48, produced The Hustle – an eight-song record that plays on the disco themes of the past – with a group of his friends, but said “if it’s a protest it’s not really about Brexit, it’s about the rhetoric surrounding Brexit”.

Marsden, part of the band Scritti Politti – who were previously nominated for a Mercury Album of the Year award – shared a trailer for his new album on Twitter.

“Ten weeks ago I said on here that I’d started writing a disco concept album about Brexit. Unbelievably, I wasn’t joking,” he wrote.

Described by its creator as “basically a sarcastic eulogy for our collective sanity”, the record, which Marsden wrote fuelled by Brexit anxiety, includes such tracks as Backstop, Canada Plus and Let’s Go WTO.

“It’s been said that the function of protest songs is to help people not feel alone,” Marsden told the PA news agency.

“People might listen to it and think ‘Yeah, I always thought politicians saying Canada plus plus plus was ridiculous, and I’m really glad I can now dance around the living room while thinking that’.”

The Hustle is undeniably disco, a genre Marsden said resonates with his youth.

“The music that is prominent when you’re growing up sticks with you,” he said.

“I have such vivid memories of sitting in the car with my family and the music from Saturday Night Fever coming on.

“It makes me feel a combination of nostalgia and joy.”

The album has gone as high as number 57 in the iTunes UK album charts, with lyrics such as “Why preserve the status quo? We can go WTO!” from Let’s Go WTO, and “Can we have another plus? It would be so great for us” from Canada Plus.

But which tracks are people playing on repeat?

“Everyone seems to really like Canada Plus, and I appreciate how it’s probably the most absurd thing on there,” said the musician.

“We got to a point a couple of years back where if you wanted this Canada-style deal to sound a bit more attractive, you just bunged another plus on the end.

“It may be that each of those pluses stands for something very specific, but for those of us watching at home it just sounded like very weak marketing.”

And while a lofty chart position is the aim of many artists, for Marsden the positive reaction he has received so far appears to be enough.

“I did it for a laugh with a dozen of my great pals and there you go,” he said. “But I’m glad that the fun we had doing it seems to have seeped out into the music.

“I was just delighted with the reaction … it was overwhelmingly positive, and in the sphere of Brexit that’s quite unusual.”