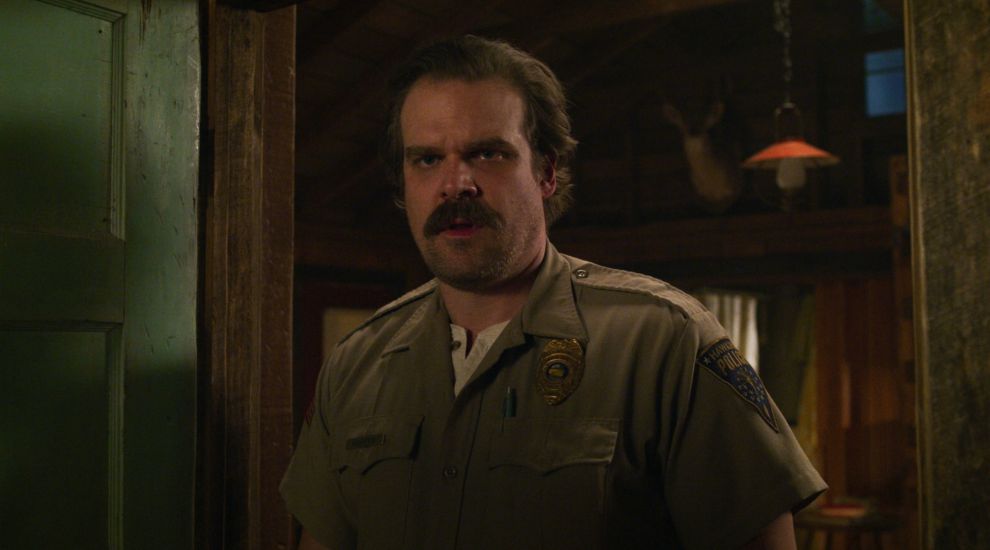 Netflix has confirmed David Harbour will return for the fourth series of sci-fi horror drama Stranger Things, after his character Jim Hopper was presumed dead at the end of the third run.

Hopper, the chief of police in the fictional town of Hawkins, Indiana, was feared to have died having sacrificed himself so others could escape an underground facility belonging to Russian spies.

Fans of the popular show had speculated he may not be dead as the last episode of series three ended with guards at a prison in Kamchatka, Russia, being instructed to feed one of the inmates to the programme’s monster, the Demogorgon, but “not the American”.

A new teaser clip for the forthcoming series of the hit show reveals Hopper is in Russia, where he is being held as a prisoner.

With a shaved head, he is seen working alongside other prisoners in the snowy setting, hammering nails into a railway track.

“Although it’s not all good news for our ‘American’ – he is imprisoned far from home in the snowy wasteland of Kamchatka, where he will face dangers both human … and other.

“Meanwhile, back in the States, a new horror is beginning to surface, something long buried, something that connects everything.”

They added: “Season four is shaping up to be the biggest and most frightening season yet and we cannot wait for everyone to see more.

“In the meantime – pray for the American.

“From Russia with love, the Duffer Brothers.”

Stranger Things, set in the 1980s, follows the attempts made by a group of teenagers and adults as they try to battle an evil monster – who comes from the underworld known as the Upside Down – in their small home town.