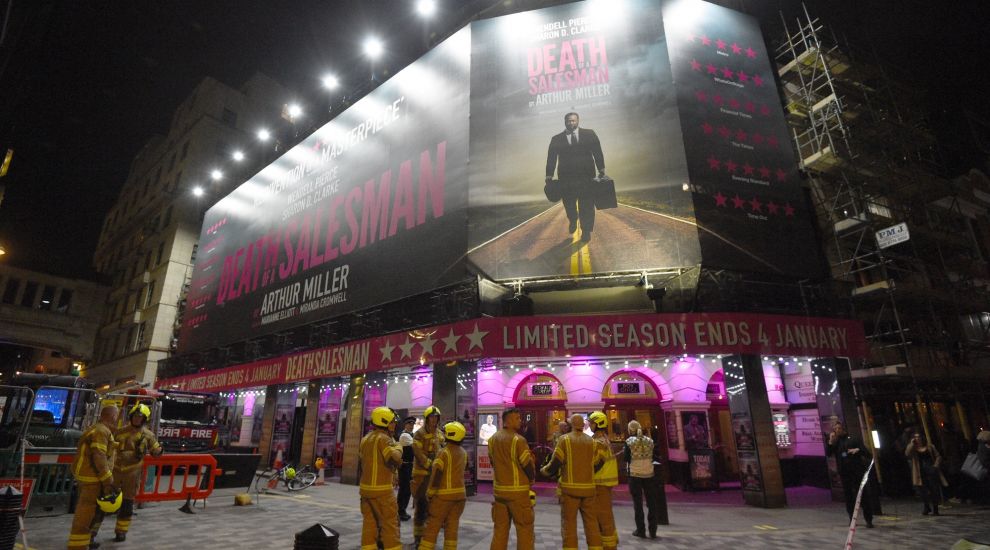 The Piccadilly Theatre in London’s West End will re-open on Monday after a burst pipe caused part of its ceiling to collapse, injuring several people.

More than 1,000 theatre-goers were evacuated when a section of ceiling crashed down into the auditorium during a stage performance of Death of a Salesman on Wednesday night.

Six people were treated at the scene for injuries, with four taken to hospital.

Westminster City Council has now deemed the venue safe for use, provided the affected area is covered and off-limits until repairs are completed, the theatre’s owners said.

The Ambassador Theatre Group (ATG) said the venue, built in 1928, had undergone a “stringent annual safety check” in February.

It added: “All our venues are inspected annually, in compliance with safety regulations.

All shows of Arthur Miller’s Death of a Salesman had been cancelled at the venue, but three rehearsal-style shows were performed at the Young Vic in Waterloo.

All ticket-holders of the cancelled shows are able to secure a refund or exchange for a future performance.

The ATG statement added: “Westminster City Council, having conducted an investigation into the incident that occurred on Wednesday night at the Piccadilly theatre, confirmed today that the incident was caused by a localised water leak.

“It has deemed the venue safe for use and granted permission to reopen the theatre to the public, provided the affected area is covered and off-limits until repairs are completed.

“It’s our intention to resume performances from Mon 11 November.”