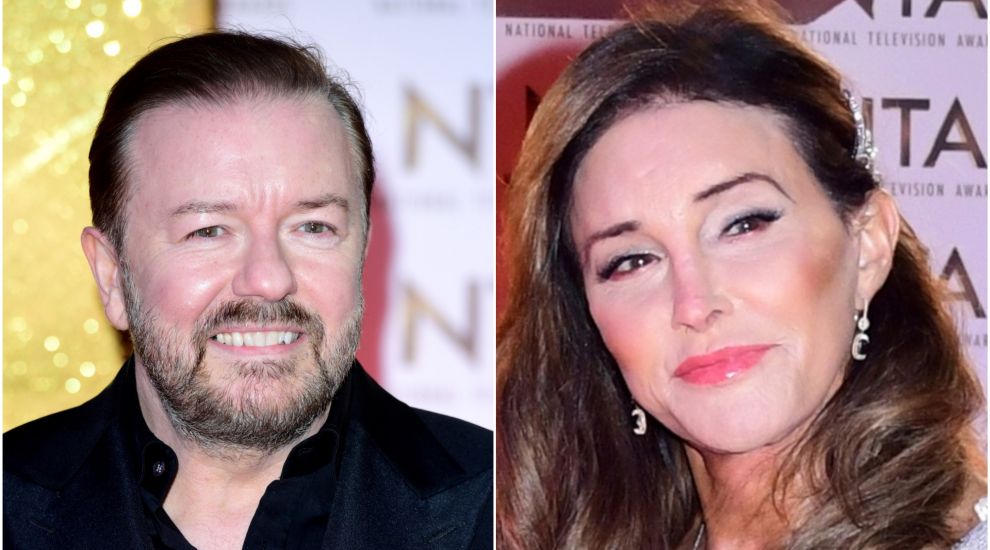 Ricky Gervais denies being snubbed by Caitlyn Jenner at the NTAs

Ricky Gervais denies being snubbed by Caitlyn Jenner at the NTAs

Ricky Gervais has rubbished claims that he was snubbed by Caitlyn Jenner at the National Television Awards.

Speaking on Capital Breakfast, Roman Kemp claimed he saw the pair have the “most awkward encounter ever” on the red carpet at London’s O2 Arena.

The presenter, who appeared on I’m A Celebrity… Get Me Out Here! alongside Jenner, said he had watched as the reality star walked away from Gervais after he approached her for a handshake.

But on Wednesday Gervais denied that they clashed.

He said on Twitter: “This is absolutely false. She was lovely and gracious. She said she loved my Golden Globes monologue & I said I loved her stint in I’m a Celebrity. And that was it.

“No snubbing. No awkwardness. No rudeness.”

It came after the stand-up mocked Jenner, one of the world’s most famous transgender people, at the 2016 Golden Globes after she was involved in a fatal car accident.

“I’ve changed, not as much as Bruce Jenner, obviously,” he told the audience.

“What a year she’s had. She became a role model for trans people everywhere, showing great bravery in breaking down barriers and destroying stereotypes.

“She didn’t do a lot for women drivers, but you can’t have everything, can you?”

Kemp, who attended the annual bash with his girlfriend Anne-Sophie Flury, claimed that during his time in the jungle Jenner has shown that she “ain’t a fan of Ricky Gervais”.

He added: “It came up a few times in the jungle. Someone would say ‘Oh I love the Office’ and she’d just have this stare of just like ‘no’.

“In Caitlyn’s mind, she has that constant hashtag of #RickyGervaisIsCancelledParty. Do you know what I mean? That is it.”

Over the years Gervais has become known for his comedic take-downs of Hollywood stars while presenting the Golden Globes, including barbs directed at the likes of Mel Gibson, Ben Affleck and Jennifer Lawrence.