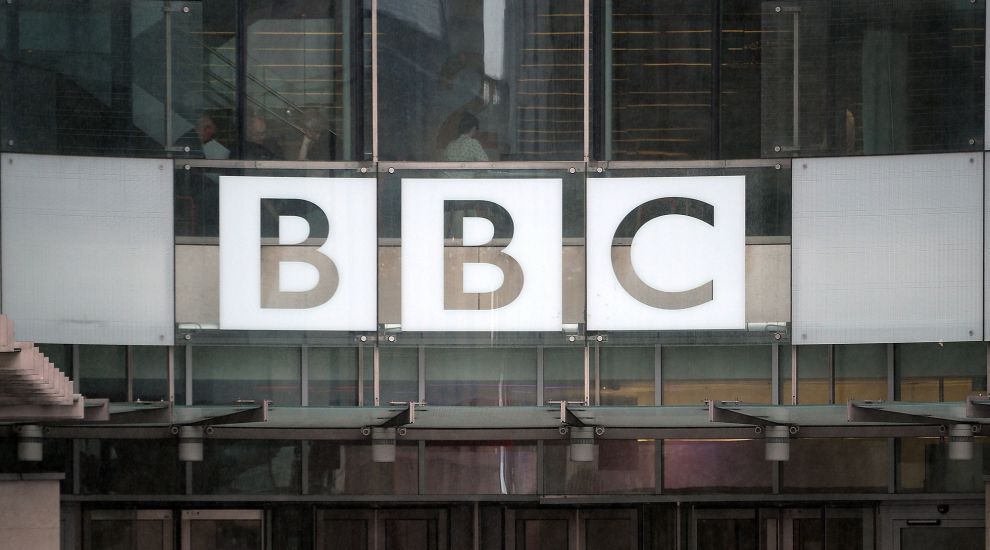 What challenges will the new Director-General face at the BBC?

What challenges will the new Director-General face at the BBC?

BBC chairman Sir David Clementi has described the role of Director-General at the corporation as “a demanding job”.

In an email to staff seen by the PA news agency in the wake of Lord Tony Hall announcing his departure, Sir David addressed the challenges that his successor will have to take on, writing: “Being the BBC’s Director-General is a demanding job, combining the role of chief executive and editor-in-chief.

“Under Tony’s leadership we have achieved a great deal. We also know that the BBC continues to face challenges. The Board is fully committed to finding the best qualified person to lead us through this next period.”

Lord Hall’s exit comes amid a turbulent time for the BBC, with the spotlight firmly on a number of issues around equal pay, diversity, free TV licences and political bias, among others.

The outgoing BBC boss said that “it must be right” that the organisation has one person in charge to lead through the process of the 11-year royal charter until 2027, and its mid-term review in 2022.

Here are some of the challenges the new Director-General could face following Lord Hall’s departure this spring:

The BBC has dealt with a number of equal pay disputes since July 2017, when the salaries of its highest earners were published for the first time under its new royal charter. Figures revealed that only one third of the list of talent earning more than £150,000 were women, with all the top names being men.

Carrie Gracie spoke out after learning that her male counterparts at the corporation were earning more than she was and became a figurehead for other women at the BBC when she resigned from her position as China editor in January 2018 in protest at pay inequalities.

Ms Gracie was one of around 200 women at various levels of the organisation who made complaints about pay according to BBC Women, a group of more than 150 broadcasters and producers, although the BBC has insisted there is “no systemic discrimination against women”.

Another high profile dispute over equal pay involved Samira Ahmed, who recently won her sex discrimination pay claim at a tribunal that ruled that she should have been paid as much for her work on Newswatch as Jeremy Vine was paid for Points Of View.

A Department for Culture, Media and Sport (DCMS) report into equal pay at the BBC, published last year, claimed the corporation was still failing to confront the issue of equal pay and the concerns of female employees and that women continued to be paid “far less”.

The BBC is now believed to be facing a number of other equal pay claims from female talent in the near future.

While improvements have been made in recent years, with growing numbers of women on the highest-earners list, there is still work to be done by the BBC to meet its target to close the pay gap by the end of 2020.

The BBC has made significant moves to improving diversity, recently appointing presenter June Sarpong as the BBC’s first director of creative diversity, an attempt by bosses to ensure the broadcaster reflects modern Britain in being more inclusive.

The corporation announced in 2018 that it would work to increase the number of Black, Asian, Minority Ethnic (BAME) staff after a project based on feedback from 200 staff members called for more ethnic diversity among its senior leadership teams.

At the time, the report found that just six out of 96 top leaders at the corporation were non-white men, and there were no non-white women or black men.

The BBC has said they are “committed to reflecting the diversity of the UK” and are aiming to have at least two BAME members on its executive committee and divisional senior leadership teams by the end of this year.

Sir Lenny Henry has also been vocal about widening diversity on and off screen in the UK in general, commenting in 2018 that the BBC was making improvements but that, at its rate of growth at the time, it would take 40 years to get to the right levels.

The last few years have seen Lord Hall’s tenure as Director-General dominated by the ongoing challenges around free TV licences for over-75s.

Universal free licences for over-75s were scrapped last year with pensioners instead facing a means-tested system.

BBC bosses revealed in June that they could no longer maintain the expected £745 million burden of over-75s TV licences after the concession was handed over from the Government.

The highly-criticised move – which came after it was reported that the BBC had handed some of its stars pay rises in its annual talent pay list – meant that more than three million pensioners in the UK would no longer receive a free licence from June 2020.

Free TV licences were first paid for by a Labour government in 2000. Under the Conservatives in 2015 ministers announced an agreement had been reached between the Government and the BBC, and the broadcaster would shoulder the cost at what Lord Hall called “the height of austerity”.

The dispute will be an on-going issue for the BBC as pressure will likely build for the decision to be reversed, particularly in the wake of Boris Johnson’s recent comments about potentially abolishing the licence fee altogether.

In December, the Prime Minister said that he thinks “the BBC should cough up and pay for the licences for the over-75s as they promised to do”, adding: “But at this stage we are not planning to get rid of all TV licence fees, though I am certainly looking at it.”

Culture Secretary Nicky Morgan is also said to be “open-minded” about scrapping the TV licence and for there to be a Netflix-style fee, according to reports.

As a public service broadcaster, the BBC must tread a fine line between impartiality and appearing to support any political party, but it has faced allegations of political bias with the Labour Party recently claiming the broadcaster delivered “slanted and biased” election coverage.

The corporation denied the claims, saying that it will “continue to make its own independent editorial decisions” and that it was committed to reporting the election campaign “fairly, impartially and without fear or favour”.

This came after media watchdog Ofcom reported on concerns from viewers that the BBC gives too much coverage to “extreme” viewpoints, although they also said that those who were the most critical of the BBC over alleged bias tended themselves to have the strongest political views.

In its annual report into BBC news and current affairs in October 2019, Ofcom also found that BBC News was seen by some as “representing a white, middle-class and London-centric point of view that is not relevant to their lives”.

The BBC also came in for widespread criticism for its handling of comments made by Naga Munchetty about Donald Trump, after he told female Democrats to “go back” to their own countries.

The Editorial Complaints Unit originally ruled that the remarks broke editorial guidelines before Lord Hall overturned the ruling, but the broadcaster has since faced further concerns around impartiality and bias following its initial decision over Munchetty.

The future of streaming and digital – and the fierce competition

BritBox was launched in November 2019. The UK streaming service, a joint project by ITV and the BBC, also features Channel 4 and Channel 5 shows.

Launched in the hopes that it would counter the dominance of US giants like Netflix and Amazon, it has also been billed as “the biggest collection of British box sets available in one place”, hosting everything from classic programmes to newer shows.

Addressing the issue of streaming services during a speech made last year at the Royal Television Society’s Cambridge Convention, Lord Hall cautioned that the “competition will be fierce”, singling out the BBC’s “unique mission and purpose” as well as its “diversity of content” as two strongholds in making its mark.

He said iPlayer’s popularity amongst younger audiences was growing, as was time spent using it, adding: “And that’s before we roll out our full plans for extended availability and exclusive content”.

Lord Hall’s successor will have to ensure BritBox’s growth and success in the face of strong competition from the likes of Disney+, Apple TV+ and more, while also making necessary adjustments to iPlayer to ensure its lifespan in the increasingly competitive digital landscape.

Expansion outside of London

The BBC is aiming to base two-thirds of its staff outside of London, with Lord Hall saying last week at the BBC’s Cardiff headquarters that he hopes to have “at least” achieved that target by the time the charter comes to an end in 2027.

The expansion will see the broadcaster have a larger presence outside of the capital, with Salford becoming the “heart” of the BBC Sounds app, while in Newcastle there will be a design and engineering tech hub set up.

Lord Hall warned staff that the plans “could be hugely disruptive” and cost money, but that ultimately he believes it is “an enormous creative opportunity; for audiences, for talent, for the UK.”

The new Director-General will have to oversee the evolution of the BBC as it takes steps away from London, and will have to deal with the many risks that come with such a large-scale expansion. 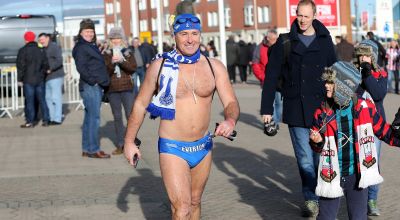 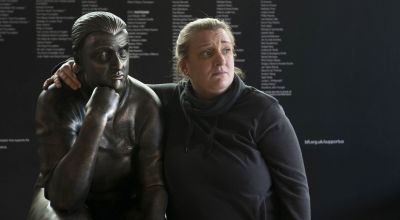 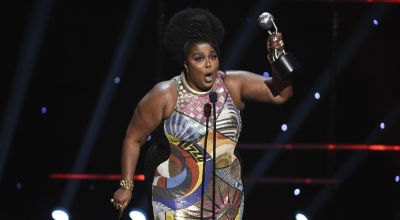 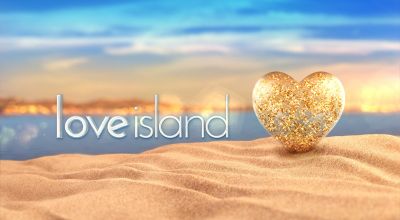 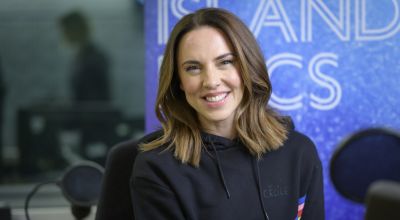 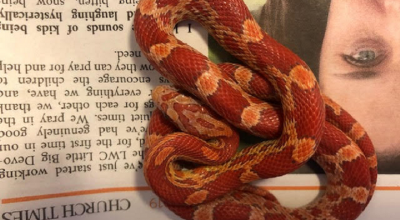