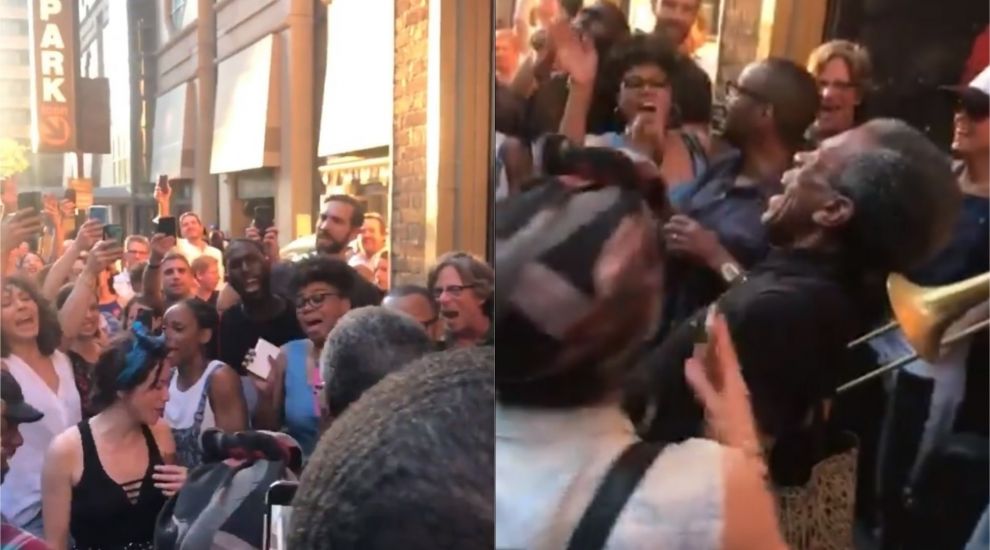 Cast members from the Broadway show Hadestown lit up the New York streets after a power outage interrupted their production.

The blackout affected a host of shows in the area including Waitress and Come From Away, with many going outside to serenade assembled passers-by.

The Hadestown cast settled on a catchy rendition of “Ooh, it’s a blackout”, much to the delight of the crowd.

One Twitter user replied “I love this city”, while another tweeted: “I love NY so much. It gets a bad rap at times but it truly has the best people, spirit & energy!”

Reports said electricity was restored at around midnight to midtown Manhattan and the Upper West Side.