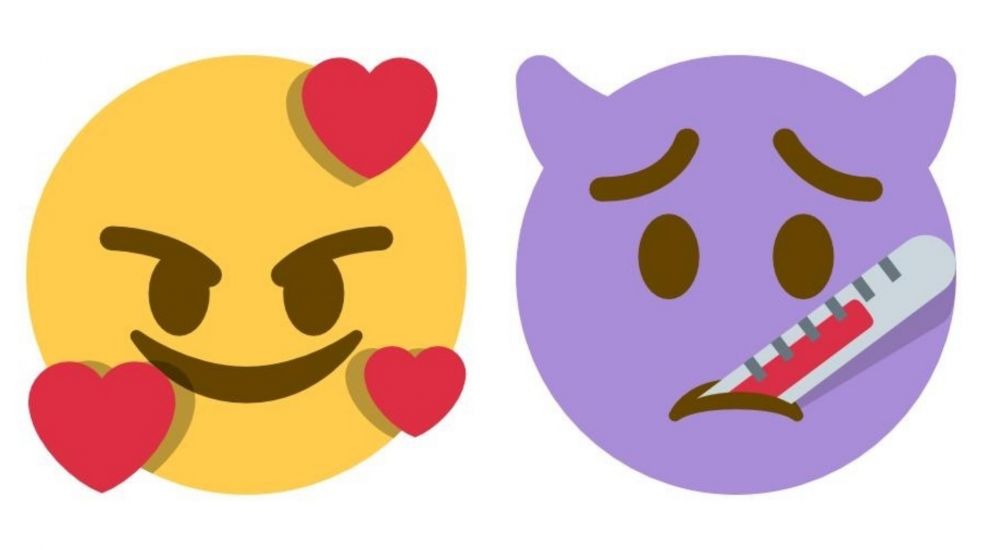 The Emoji Mashup Bot was created by Louan Bengmah, an 18-year-old student from Nantes, France. It brings two different emojis together and combines them to create a new face.

“I wanted to discover new ways of coding and programming and I thought making a small Twitter bot would be a great project to work on!” Louan told PA.

The results vary, but the best concoctions earn thousands of likes and retweets from the 65,000-strong following @EmojiMashupBot has accrued in just a few weeks.

Most do well because they touch upon an emotion not yet fully represented by an emoji, while others are more topical, such as this lunar effort 50 years after man first walked on the moon.

Louan learned how to make a Twitter bot by watching YouTube tutorials, but acknowledges the idea “isn’t exactly new”.

He said: “Some memes and jokes on the internet use them sometime. I thought that, on Twitter, people would like them and would make funny jokes about them, especially my friends. I never imagined getting the audience it got in less than a week!”

And while the Emoji Mashup Bot is clearly already a success, Louan said he isn’t done with it yet.

“I always want to discover new ways of coding and programming, and I have still a lot to learn from Twitter bot,” he said.