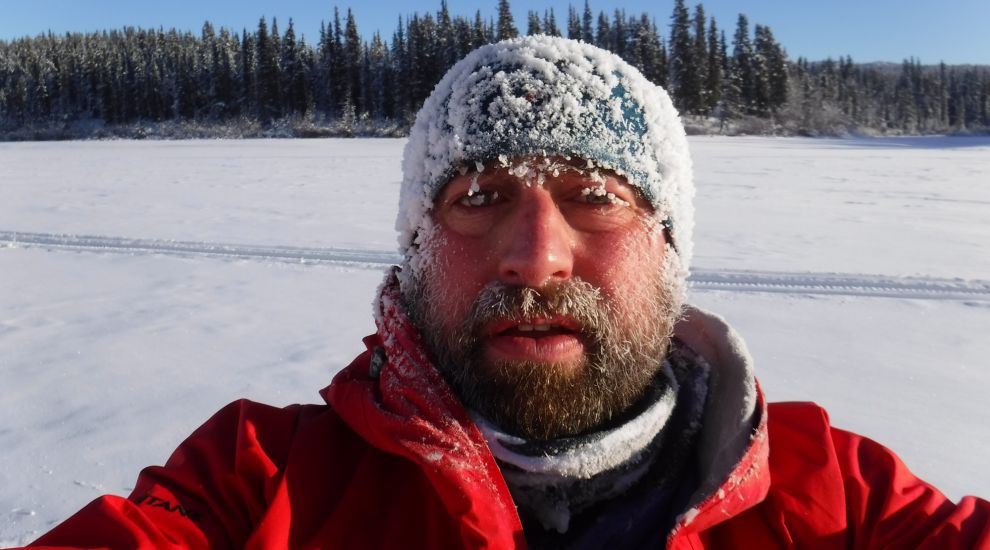 A former British Marine has donated his big toe to a hotel in Canada after losing it to frostbite during a race in the Yukon.

Nick Griffiths, 47, lost his toes after taking on the 2018 Yukon Arctic Ultra, an extreme winter marathon 300 miles along the Yukon Quest dogsled trail.

After a year of preparation, the regional facilities manager from Bolton was pulled out of the race one afternoon with frostbite on his fingers, temperatures having apparently dropped below minus 40.

Worse was to come though when Mr Griffiths caught frostbite on his feet “because of the windchill factor” on the snowmobile to the next checkpoint, having failed to alert the rider that something was wrong.

After reaching the hospital “They told me ‘you’ve got severe frostbite on your left foot. You’re going to lose all of your toes if not the front half of your foot’,” he told the Press Association.

After having his toes amputated back in the United Kingdom, there was something Mr Griffiths wanted to try – the “Sourtoe Cocktail”, a tradition from the Downtown Hotel in Dawson City, Yukon.

Dating back to 1973, the tradition involves drinking a shot of whiskey with a mummified human toe in it.

“When I was in hospital in Canada the nurse told me about the Sourtoe Cocktail and was saying if I did lose my toes I should donate them,” said Mr Griffiths.

“So I asked as I was going in for surgery, when I was being wheeled in on the bed, if I could keep them. The surgeon asked why and I told him. He thought it was quite funny.

“When I came around, there they were.”

Mr Griffiths posted his toe out at the end of March, and recently received confirmation it had been received across the Atlantic.

“There’s this guy called Terry Lee who they call the ‘Toe Master’,” said Mr Griffiths. “It’s with him now.”

“It will take approximately six weeks to mummify the toe on rock salt before we can serve it,” said Mr Lee.

“We have been waiting for a new big toe for a while so this is exciting news indeed! The big toes are the most disgusting and popular with the customers.”

Over 86,000 Sourtoe Cocktails have been served since the tradition’s inception 46 years ago, and Mr Griffiths plans to add his name to the list shortly, with the Downtown Hotel hoping to bring him over later in the summer.

And while Mr Griffiths doesn’t regret taking part in the race which cost him his toes, he did admit he would be “annoyed” if someone tried to swallow or sabotage his toe in its new home.

“I’d be annoyed if someone tried to sabotage it, but the big toe is a big chunk of flesh so I wouldn’t think they’d be swallowing it,” he said.

“It’s all a good bit of fun. I’m proud to be involved in a little part of history in that part of the world.”