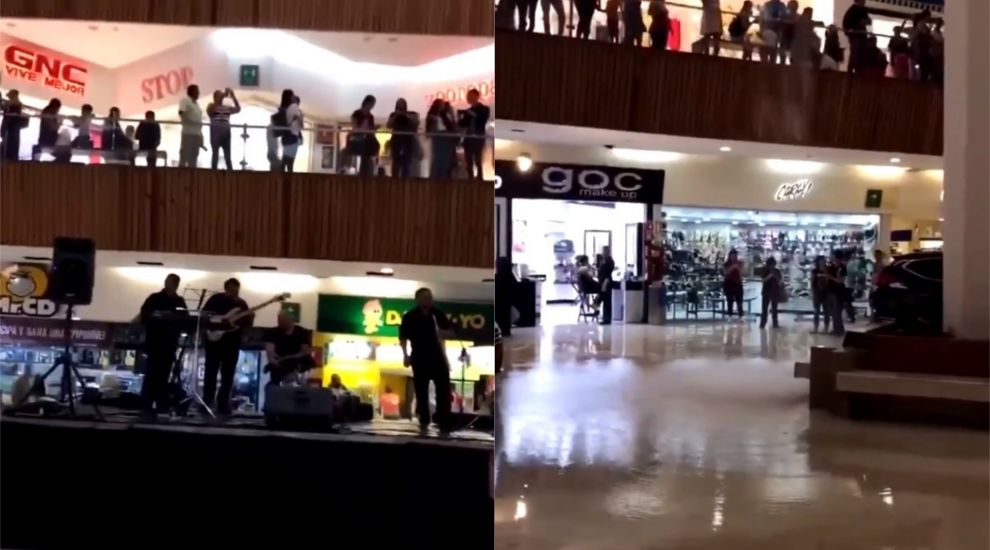 A band in Mexico drew a large crowd with their rendition of Celine Dion’s My Heart Will Go On during a mall flood.

The group were performing at the Plaza Patria mall in Zapopan, Jalisco, on Saturday, and when the venue experienced extensive flooding they quickly changed their tune.

The video has received more than 800,000 “likes” on Twitter, as well as prompting thousands of comments.

Idris, who filmed the video, told the Press Association: “As far as the band goes they all deserve raises because they just played the song out of nowhere. Amazing quick thinking.”