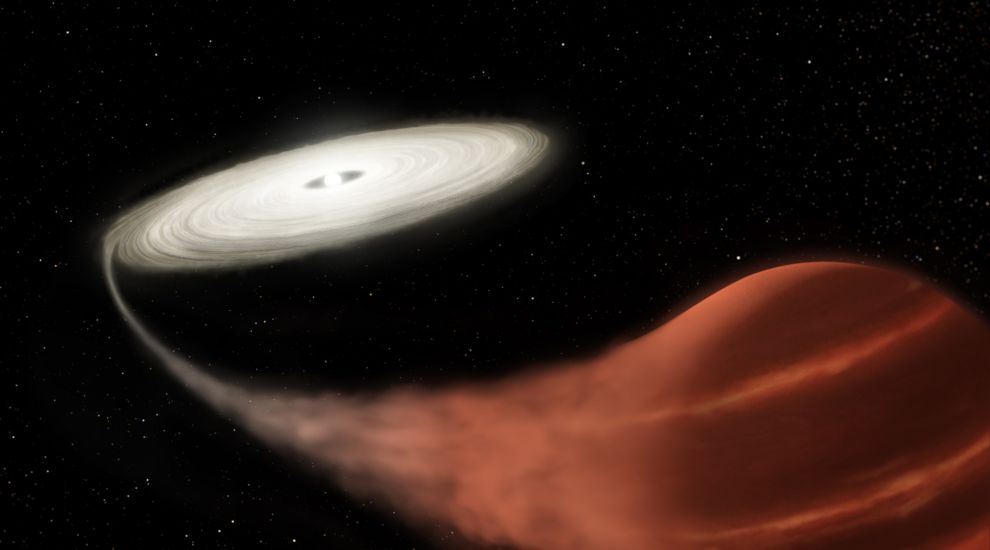 A “vampire” star in the midst of a feeding frenzy has been discovered 3,000 light years away from Earth.

Astronomers found evidence of a white dwarf star near the constellation of Scorpius “gorging” on a much smaller brown dwarf companion.

According to lead researcher Ryan Ridden-Harper, who conducted the study as part of his PhD at The Australian National University, the rare event “was a super-outburst from a dwarf nova, which can be thought of as a vampire star system”.

White dwarfs are stars that have burned up all of the hydrogen while brown dwarfs are objects which are too large to be called planets and too small to be stars.

Mr Ridden-Harper and his team spotted the so-called vampire star “lurking in the darkness of space” while combing through archived data from Nasa’s recently decommissioned Kepler Space Telescope.

He said while the star system “is incredibly faint, about one million times fainter than what our eyes can see”, data from the telescope showed a momentary brightness that lasted a month.

Mr Ridden-Harper added: “The incredible data from Kepler reveals a 30-day period during which the dwarf nova rapidly became 1,600 times brighter before dimming quickly and gradually returning to its normal brightness.

“The spike in brightness was caused by material stripped from the brown dwarf that’s being coiled around the white dwarf in a disc.

“That disc reached up to 11,700 degrees celsius at the peak of the super-outburst.”

The researchers say the discovery, which was made in collaboration with the Space Telescope Science Institute and the University of Notre Dame in the US, provides new insights into these vampire star systems.

The next step, Mr Ridden-Harper said, will be to combine the Kepler data with the information gathered from Nasa’s planet-hunting spacecraft called Transiting Exoplanet Survey Satellite (Tess).

He added: “This will give us the best understanding of the most rapid explosions in the universe.

“Along the way, we might discover some rare events that no other telescope could find.”

The research is published in the journal Monthly Notices of the Royal Astronomical Society.