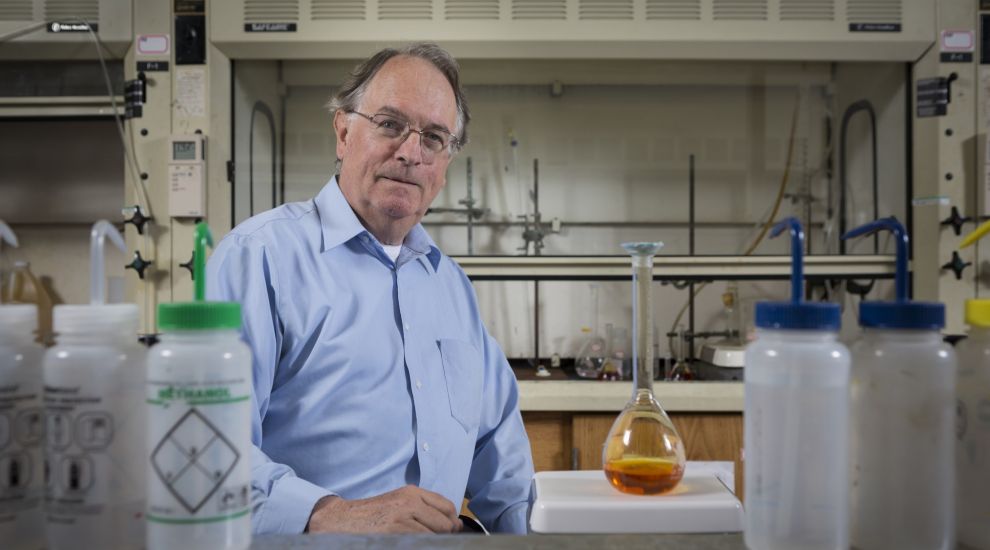 Three scientists, including a British-American chemistry professor, have been jointly awarded the 2019 Nobel Prize for Chemistry for their contributions to the development of lithium-ion batteries.

British-born Dr M Stanley Whittingham, 77, shared the prize with Dr Akira Yoshino, 71, from Japan, and American scientist Dr John B Goodenough, 97, for work on the rechargeable devices which the Nobel Committee said had “revolutionised our lives”.

The Nobel Committee said the work of the three scientists “laid the foundation of wireless electronics such as mobile phones and laptops”.

It added: “It also makes a fossil fuel-free world possible, as it is used for everything from powering electric cars to storing energy from renewable sources.”

Dr Whittingham, who is currently a professor at Binghamton University, State University of New York, said he was “overcome with gratitude” at receiving the prestigious award.

He said in a statement: “I honestly have so many people to thank I don’t know where to begin.

“The research I have been involved with for over 30 years has helped advance how we store and use energy at a foundational level, and it is my hope that this recognition will help to shine a much-needed light on the nation’s energy future.”

Lithium-ion batteries are lightweight and rechargeable and are used in everything from mobile phones to laptops and electric vehicles.

The foundation for these powerful batteries was first laid by Dr Whittingham in the 1970s when the world was in the midst of an oil crisis.

The Oxford-educated scientist was researching new ways to develop technologies that would not require the use of fossil fuels and stumbled on titanium disulphide – a material rich in energy – which he used to create a cathode in a lithium battery prototype.

The committee said in a statement: “The battery’s anode was partially made from metallic lithium, which has a strong drive to release electrons.

“This resulted in a battery that literally had great potential, just over two volts.”

As metallic lithium is reactive, the battery was too explosive to be viable.

So based on Dr Whittingham’s work, Dr Goodenough made improvements to the battery using cobalt oxide as a cathode instead of titanium disulphide.

This battery was able to produce as much as four volts, which the committee said was “an important breakthrough and would lead to much more powerful batteries”.

The committee added: “The result was a lightweight, hardwearing battery that could be charged hundreds of times before its performance deteriorated.

“The advantage of lithium-ion batteries is that they are not based upon chemical reactions that break down the electrodes, but upon lithium ions flowing back and forth between the anode and cathode.”

Commenting on the news, Dr Gregory Offer, a reader in Mechanical Engineering at Imperial College London, said: “Lithium ion batteries are going to be one of the key enabling technologies of the 21st century.

“They have already underpinned the mobile revolution, and are now essential to help us solve the problem of climate change by electrifying transport and storing renewable electricity generation.

“This Nobel Prize in Chemistry for work on lithium ion batteries is well justified.”

Dr Paul Coxon, from the Department of Materials Science and Metallurgy at the University of Cambridge, added: “Over two thirds of the world’s population own a mobile device be it a smart phone, a laptop or tablet, and nearly all powered by rechargeable lithium-ion batteries.

“They are the hidden workhorses of the mobile era which came about thanks to fundamental research that began over 40 years ago.

“Since then scientists across the globe have been pushing forward making new discoveries in the chemistry of materials to make batteries more efficient, smaller, longer-lasting, and most crucially – safer.

“All three Nobel winners played vital roles in this energy storage revolution which has now placed power in our pockets. It’s a wonderful example of taking research from the lab, we can literally hold the result in our hands.”