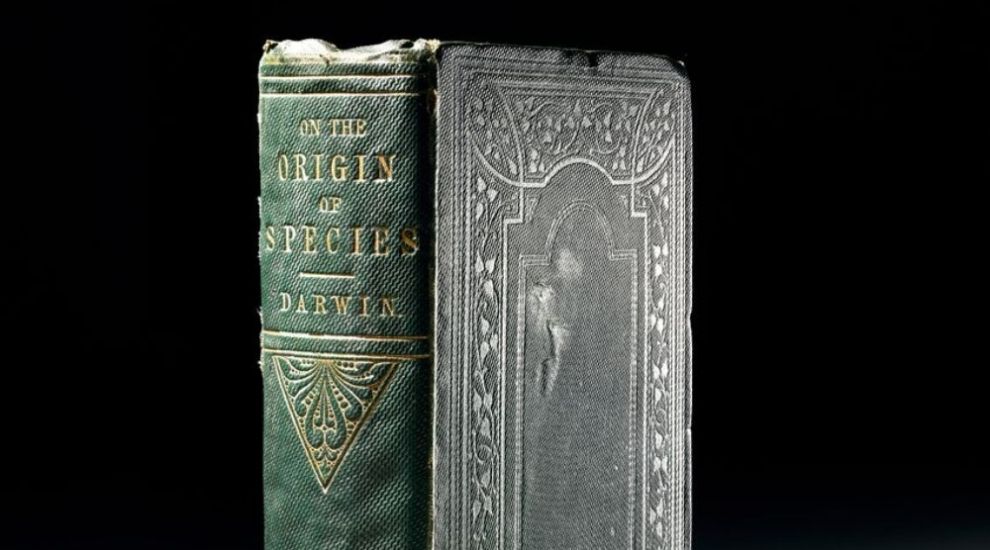 First edition of Darwin’s On the Origin of Species sells for £162,500

First edition of Darwin’s On the Origin of Species sells for £162,500

A first edition of naturalist Charles Darwin’s seminal evolutionary work On the Origin of the Species has sold at auction for £162,500.

The text, described as one of the most important books ever published for its groundbreaking work on the theory of evolution, was valued at £40,000 to £60,000.

The auction at Lyon and Turnbull in Edinburgh attracted bidders from across the globe.

Simon Vickers, book specialist at Lyon & Turnbull, said: “This was an excellent result for what is considered to be one of the most important books ever published, it has inspired ongoing research into our biological origins.

“The successful bidder, who wishes to remain anonymous, saw off major competition to buy the book which involved bidders in the room on the telephone and online from around the globe.”

Darwin started work on the book – titled On The Origin of Species, By Means of Natural Selection – in 1858 and it was published the following year, with an initial print run of 1,250 copies.

The auctioned book is one of the presentation copies from publisher John Murray, which the auction house said was probably on the instructions of Darwin.

In the text, Darwin sets out his founding theories of evolution by natural selection as a very gradual mechanism of change within populations, and postulates that new species could be the product of this very same process, but over even longer periods of time.

He indicated that species could form by the evolution of one species splitting into two, or via a population diverging from its extant ancestor to the point it was a new species.