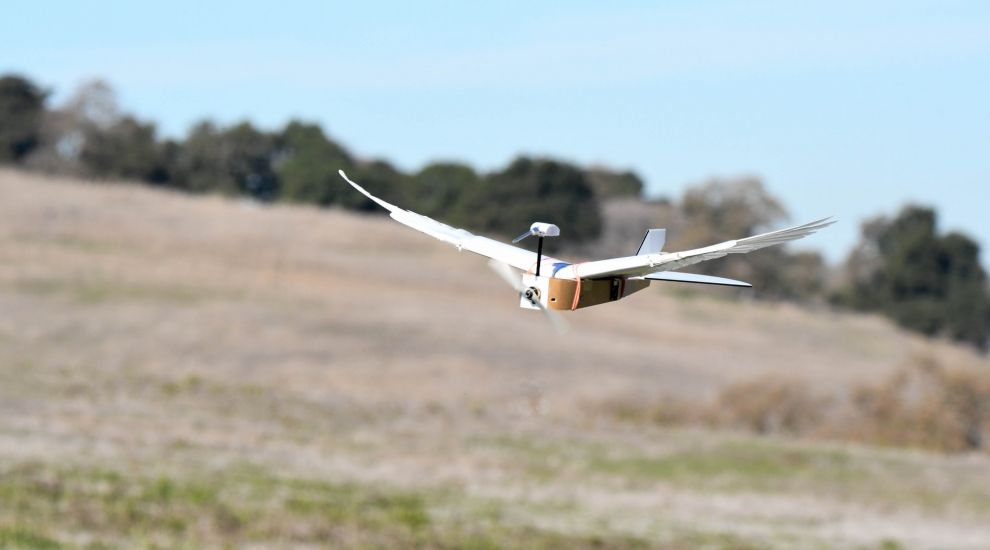 Scientists believe they are a step closer to building drones that can mimic the way birds fly, after designing a robot using real pigeon feathers.

Dubbed PigeonBot, the robot is able to manoeuvre in the air, dive down, and make sharp turns as nimbly as a bird.

Researchers from the University of Stanford in the US used 40 pigeon feathers to design the bot’s wings, which were connected to artificial limbs, consisting of “wrists” and “fingers”, using elastic bands.

Eric Chang, a PhD student at Stanford University’s department of mechanical engineering and one of the study authors, told the PA news agency: “Real feathers are incredibly soft and robust, and have properties that currently cannot be replicated artificially.

“Additionally, using real feathers in our robotic morphing wing allows us to answer biological questions about how feathers interact in real birds.”

Unlike conventional aircraft wings, which are designed to be stiff and rigid, a bird’s wings are agile and bendable, and can change shape, angle and even the position of individual feathers, to manoeuvre.

This is because avian feathers have a locking mechanism that helps them stick together to form smooth, seamless wings that can face even the most turbulent of winds.

Mr Chang added: “Feathers also have many other useful properties for functional wings – they are firm enough to sustain the lift of the wing, yet soft and repairable, which allows them to be easily preened back into shape after a hard landing.”

The researchers studied the skeletal structure of the wings of a pigeon cadaver and developed a computer model of the bird’s wing motion.

Using the model, they designed the wings so that each feather in the PigeonBot would move in the same way as in a real pigeon.

Four mechanical components, or actuators, were used to “drive the motion of all the feathers linked together with tuned elastic bands”.

When testing the PigeonBot wings in a wind tunnel, the team determined that fine control over feather placement and wing span came from the “wrist and finger action” of the artificial limbs.

Flight tests showed the bot was able to make turns at sharp angles, much like a real bird.

The researchers believe that their work could pave the way for making drones safer in the air.

“PigeonBot is a step toward making flying robots safer to interact with and closer to the flight performance of real birds.

“It can inspire future robotic platforms that enable bird studies without ecological or welfare impact.”

Other applications, Mr Chang said, include developing smart materials that can mimic the softness and stable performance of real feathers.

The research is published as two separate papers in the journals Science and Science Robotics.