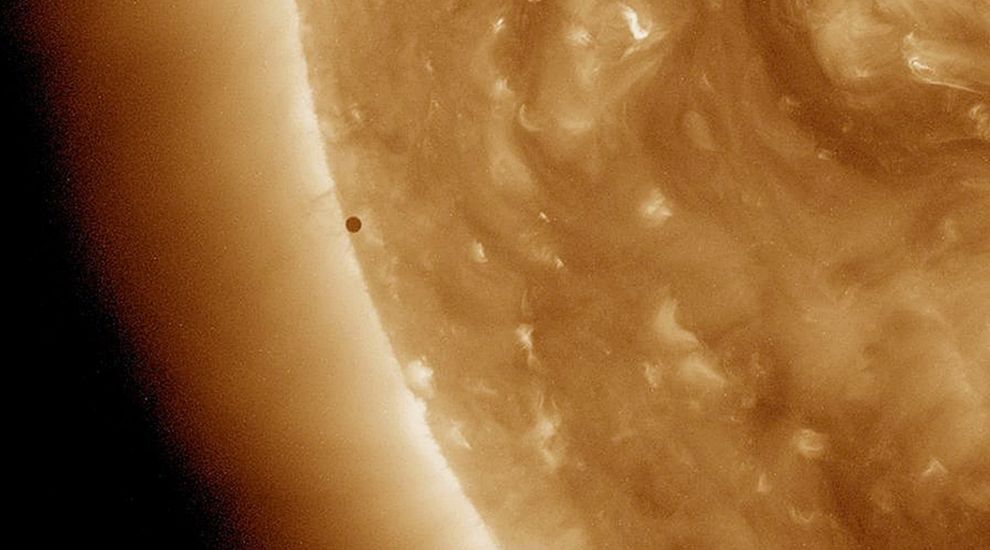 Mercury to make rare transit of the sun on Monday

Mercury to make rare transit of the sun on Monday

Those looking towards the sun on Monday may notice a tiny black disc moving across the glowing orb in a rare celestial event.

A transit of Mercury will take place when the smallest planet in the solar system passes between the Earth and the sun.

Depending on their location, some people will witness the transit up to two minutes before of after these times, as the planet will appear to take a slightly different path.

Professor Mike Cruise, president of the Royal Astronomical Society (RAS), said: “This is a rare event, and we’ll have to wait 13 years until it happens again.

“Transits are a visible demonstration of how the planets move around the sun, and everyone with access to the right equipment should take a look, or go to an organised event if the weather is clear, or alternatively follow one of the live webcasts.

“I do want to stress though that people must follow the safety advice – looking at the sun without appropriate protection can seriously damage your eyes.”

The entire event is visible from the eastern United States and Canada, the south-western tip of Greenland, most of the Caribbean, central America, the whole of South America and some of west Africa.

In Europe – including the UK, the Middle East, and most of Africa, the sun will set before the transit ends, and so the latter part of the event will not be visible.

In most of the United States and Canada, and New Zealand, the transit will be in progress as the sun rises.

Observers in eastern Asia, southern and south-eastern Asia, and Australia will not be able to see the transit.

Every 88 years Mercury completes each orbit around the sun, and passes between the Earth and sun every 116 days.

Because the planet’s orbit around the Sun is tilted, it normally appears to pass above or below our nearest star.

A transit can only take place when the Earth, Mercury and the sun are exactly in line in three dimensions.

There are 13 or 14 transits of Mercury each century, so they are comparatively rare events, though each one can typically be seen over a large area of the Earth’s surface, the RAS says.

The organisation cautions that only a tiny part of the sun will be blocked out and that the event should not be viewed with the naked eye.

Looking at the sun without appropriate protection, either during the transit, or at any other time, can cause serious and permanent damage to the eyes.

On the morning November 11, UK amateur astronomical societies and public observatories will be running events where members of the public can safely enjoy the transit, as well as live webcasts of the spectacle.