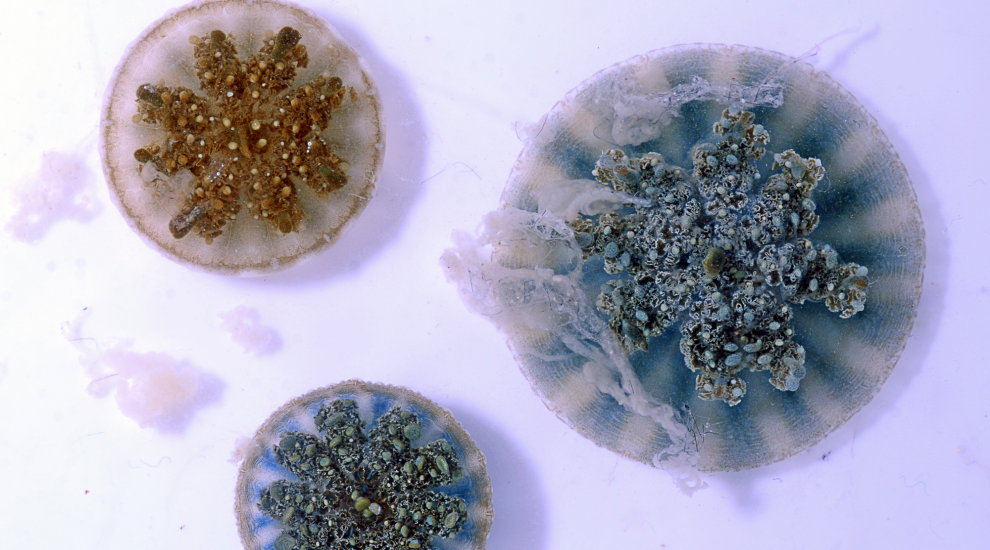 Scientists believe they may have solved the mystery of why coming close to upside-down jellyfish can cause irritating stings, without any direct contact with the creature.

Researchers have found that the Cassiopea jellyfish release toxin-filled mucus into the water that can lead to stinging, itching skin, a phenomenon which the team describe as “stinging water”.

Cheryl Ames, an associate professor at Tohoku University in Japan and one of the study authors, said: “This discovery was both a surprise and a long-awaited resolution to the mystery of stinging water.

“We can now let swimmers know that stinging water is caused by upside-down jellyfish, despite their general reputation as a mild stinger.”

Upside-down jellyfish live in warmer coastal regions around the world and can sometimes be seen in the shallow waters of the western Atlantic Ocean.

When the researchers looked at samples of the jellyfish mucus under a microscope, they found “gyrating balls of stinging cells” that they called cassiosomes.

On further investigation, the team found these cassiosomes bundled into “small spoon-like structures” on the creatures’ arms.

Three different toxins were identified within the cassiosomes following a molecular analysis.

When gently provoked, the jellyfish were found to release thousands of cassiosomes that mingled with the animal’s mucus expelled in the water to form free-floating “mucus grenades”.

These so-called mucus grenades can sting swimmers and prey without coming into contact with the jellyfish themselves.

Allen Collins, a zoologist at the National Oceanic and Atmospheric Administration (Noaa) said the team’s discovery was “particularly exciting” because while the Cassiopea jellyfish have been recognised for more two centuries, cassiosomes have remained unknown until now.

He added: “They’re not the most venomous critters, but there is a human health impact.

“We knew that the water gets stingy, but no-one had spent the time to figure out exactly how it happens.”

The findings are published in the journal Nature Communications Biology.