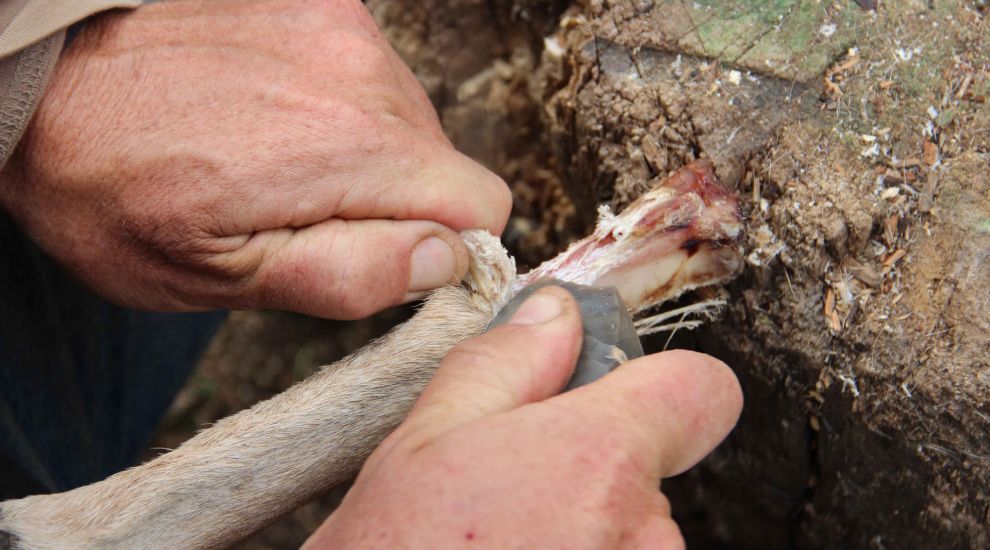 While you might expect to find soup, tinned fruit, or some condensed milk in a store cupboard, prehistoric humans were storing bone marrow.

Researchers have found evidence that humans living in Qesem Cave in Israel between 420,000 and 200,000 years ago stored long bones so they could could tuck into the marrow later.

They say the discovery suggests these Palaeolithic people had the foresight to anticipate their future needs, rather than surviving in the “here and now”.

In collaboration with scholars from Spain, the Tel Aviv University researchers found evidence the humans saved animal bones for up to nine weeks before feasting on them.

Professor Ran Barkai, from Tel Aviv University, said: “Bone marrow constitutes a significant source of nutrition and as such was long featured in the prehistoric diet.

“Until now, evidence has pointed to immediate consumption of marrow following the procurement and removal of soft tissues.

“In our paper, we present evidence of storage and delayed consumption of bone marrow at Qesem Cave.”

While study leader Dr Ruth Blasco added: “This is the earliest evidence of such behaviour and offers insight into the socioeconomics of the humans who lived at Qesem.

“It also marks a threshold for new modes of Palaeolithic human adaptation.”

To see whether residents of the cave sometimes saved marrow for later, the scientists analysed cut marks on the long bones of the hands and feet – metapodials – from the remains of 81,898 animals — mostly fallow deer — found at the site.

For comparison, the researchers monitored changes in red deer marrow preservation and processing marks over a period of nine weeks.

Because dry flesh is more attached to the bone, greater effort is required to remove it, leaving behind a distinct pattern of marks.

In the experimental set, short incisions and sawing marks predominated when the skin was removed after two or more weeks.

The number of marks increased from the fourth week onward, according to the study published in Science Advances.

Researchers say 80% of bones from the Qesem Cave had precisely these marks.

“The most common prey was fallow deer, and limbs and skulls were brought to the cave while the rest of the carcass was stripped of meat and fat at the hunting scene and left there.

“We found that the deer leg bones, specifically the metapodials, exhibited unique chopping marks on the shafts, which are not characteristic of the marks left from stripping fresh skin to fracture the bone and extract the marrow.”

The researchers suggest the deer bones were kept at the cave covered in skin to facilitate the preservation of marrow for consumption in time of need.

According to the research, this is the earliest evidence in the world of food preservation and delayed consumption of food.