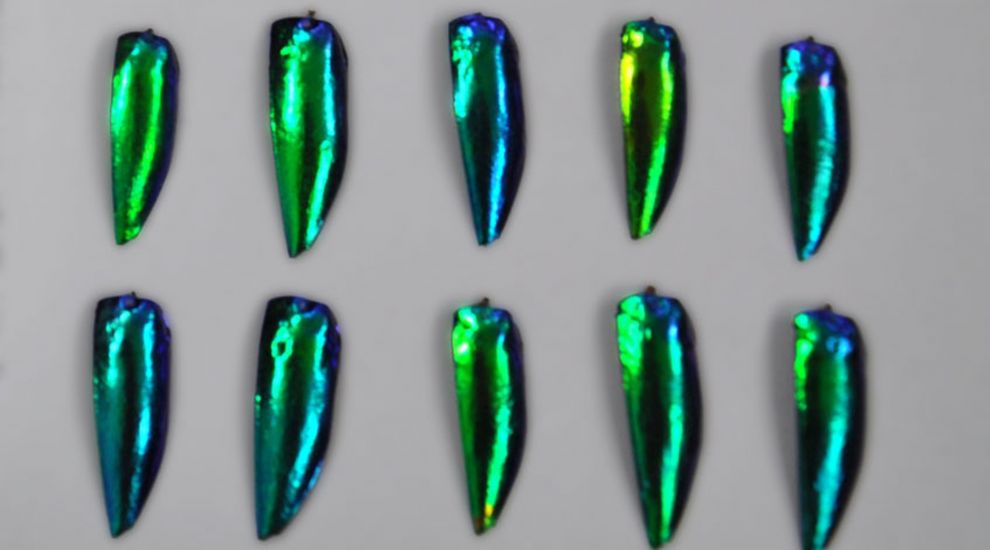 When it comes to brightly-coloured species, being conspicuous is seen have two main purposes – find mates, or warn predators that they may be poisonous.

But scientists say they have found an exception in jewel beetles.

While male peacocks display colourful feathers to attract mates, and monarch butterflies use their wings to signal predators they carry a toxin, researchers have found that the gleaming, metallic wings of jewel beetles have a different purpose: concealment.

Instead of making them conspicuous, the researchers say the insect’s iridescent wings act as a form of camouflage, allowing them to “hide in plain sight”.

Dr Karin Kjernsmo, an evolutionary and behavioural ecologist at the University of Bristol and first author on the study, said: “Our study is the first solid evidence for the idea that iridescence can work as highly-effective form of camouflage, and ultimately this could explain why iridescence has evolved in so many different species of animals.”

The wings of a jewel beetle can change colour depending on the angle from which they are viewed, creating a shiny, rainbow-like effect seen in everyday objects such as a CD or soap bubbles.

To find out more, the team gathered wing cases of jewel beetles and attached them to mealworms before placing them on leaves in a forest.

For comparison, they also attached dull-coloured wing cases to another group of worms and observed how often birds attacked each group.

Dr Kjernsmo and her team found that mealworms with iridescent wing cases were better at avoiding detection not only from birds but also from humans.

She added: “I think that the biggest surprise to us was that when we carried out the same experiment with humans even they really struggled to spot the iridescent beetles.”

Dr Kjernsmo said this is because iridescence has a “masking ability” that creates the “illusion of inconsistent features and depth” which confuses potential predators.

The team believe there may be other species in the animal kingdom with iridescent camouflage.

Dr Kjernsmo said: “We don’t for a minute imagine that the effect is something unique to jewel beetles; indeed, we’d be disappointed if it was.

The findings are published in the journal Current Biology.