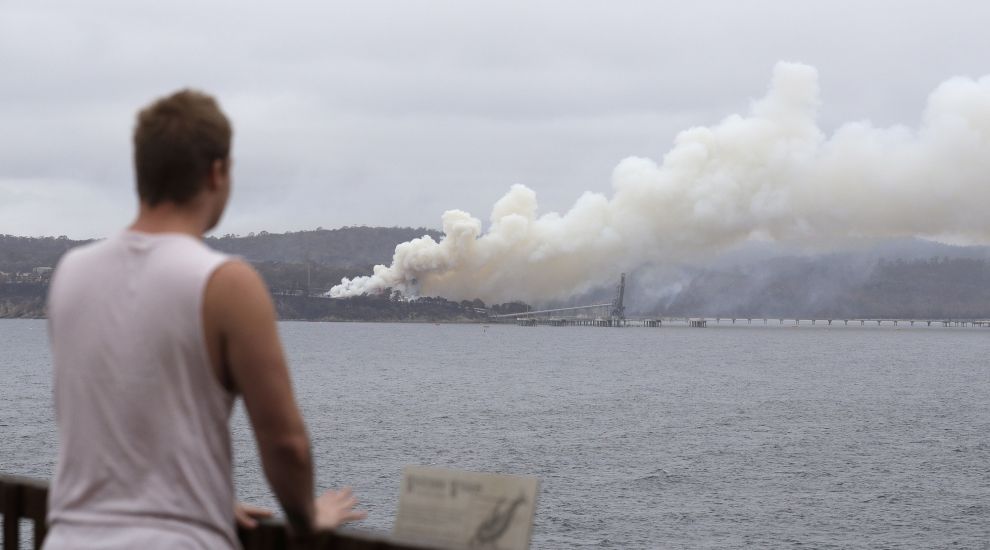 The severe smoke caused by months of wildfires burning in Australia will circle the Earth and reach the country again, Nasa has said.

The US space agency used satellite data to make a UV index which showed the smoke had risen into the lower stratosphere, travelling more than 4,000 miles as hazy skies were reported in Chile.

“The smoke is expected to make at least one full circuit around the globe, returning once again to the skies over Australia,” Nasa said in a statement.

“Over the past week, Nasa satellites have observed an extraordinary amount of smoke injected into the atmosphere from the Australian fires and its subsequent eastward dispersal.”

Making matters worse on the ground and in the air are wildfire-generated storms, known as pyrocumulonimbus events, which take place when moisture is trapped in the smoke in the cold upper air and forms a cloud that produces dry lightning.

These fire-induced thunderstorms have pushed the smoke to the stratosphere, allowing it to travel much further and affect atmospheric conditions around the world.

“The effects of those events – whether the smoke provides a net atmospheric cooling or warming, what happens to underlying clouds – is currently the subject of intense study,” Nasa said.

The agency added that there were noticeable impacts on Australia’s neighbour.

“The smoke is having a dramatic impact on New Zealand, causing severe air quality issues across the county and visibly darkening mountaintop snow.”

The fire threat in Australia is most acute in rural communities but low air quality continues to plague the major cities, with Victoria Health saying Melbourne’s air was the poorest in the world early on Tuesday.

The fires have been burning since September and have killed 27 people, destroyed more than 2,000 homes and led to the evacuations of thousands of people.

Thousands more rallied late on Friday in Sydney and Melbourne, calling for the country’s prime minister to be sacked and for Australia to take tougher action on global warming.