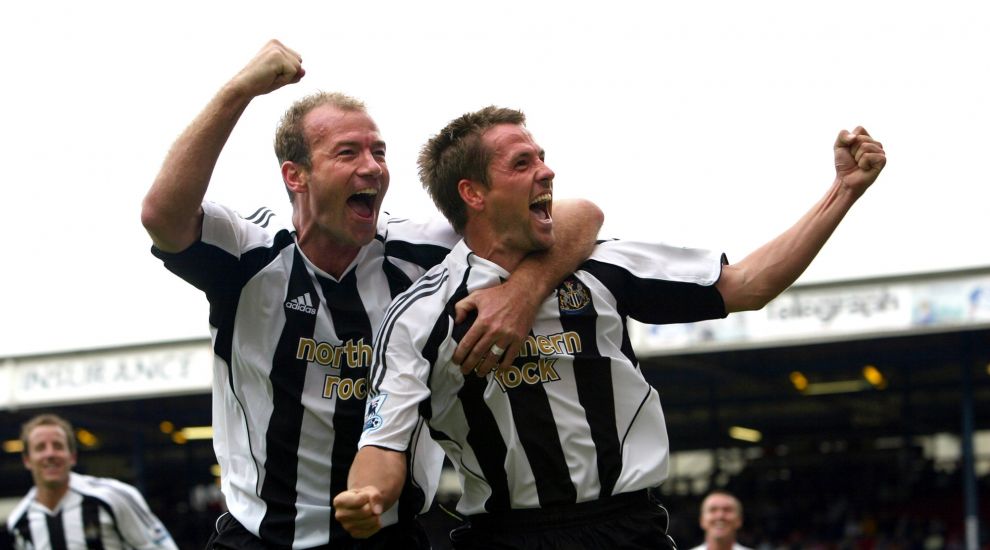 Alan Shearer and Michael Owen have become involved in a Twitter spat over comments the former Liverpool star has made over his time at Newcastle.

Excerpts from Owen’s autobiography Reboot appeared in newspapers on Tuesday morning in which he elaborated on his ill-fated spell on Tyneside and insisted the Magpies are not a big club.

The claims prompted a frosty response from his former England and Newcastle team-mate Shearer, who took to social media to voice his disapproval.

Posting video of an interview in which Owen said, “All I did at the end of my career for six, seven years, I hated it. I couldn’t wait to retire”, Shearer added: “Yes Michael, we thought that also, whilst on £120k a week…”.

Owen, who joined the Magpies in a then club record £16million move from Real Madrid in August 2005, but made only 79 appearances and scored 30 goals during an injury-plagued four-year stay, was quick to retort.

He replied: “Not sure you are as loyal to Newcastle as you make out, mate. I distinctly remember you being inches away from signing for Liverpool after Sir Bobby Robson put you on the bench. You tried everything to get out.”

Another former England striker, Gary Lineker, found himself dragged into the row after retweeting Shearer’s post accompanied by the word “Awkward”.

Owen responded: “Are you surprised he’s manipulated a tiny part of an honest answer to aim a cheap dig at me? Most ex players I’ve spoken to aren’t.”

Lineker replied: “There appears to be a bit of history here? I like you both so don’t want to pick sides.”

Shearer is still held in high regard on Tyneside after scoring a record 206 goals for his home-town club during a 10-year stay, while Owen, who was greeted by a crowd of 20,000 delighted fans when he was officially unveiled, left having been unable to save the Magpies from relegation at the end of the 2008-09 season.

The late Freddy Shepherd, who signed Owen during his reign as chairman, later described his capture as the “worst” deal he had done.

Owen had wanted to re-join former club Liverpool, but the Reds were not prepared to match Newcastle’s bid, and he revealed his relationship with the fans was soured when he watched footage of himself being carried off on a stretcher at Watford on Match of the Day and heard fans signing “What a waste of money”.

Writing in his book, he said: “Freddy Shepherd came out with the line that he would happily ‘carry Michael Owen back to Anfield himself’.

“Being a huge fan of the club also, Freddy was only doing what all the fans constantly do at almost every football club: they believe that their club is 10 per cent bigger and that their team is 10 per cent better than it actually is.

“This kind of blind delusion is especially true of Newcastle United – which, as I reach for the nearest tin hat, is only a big club in the sense that it has a lot of fans and a big stadium.”