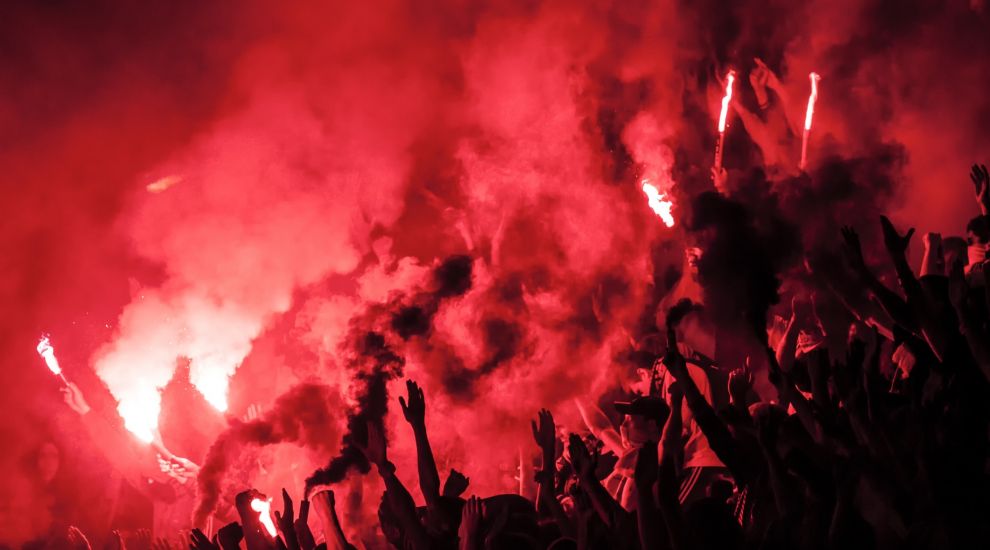 A terrifying depiction of a dragon in the stands stole the show at the Casablanca derby this weekend.

The mythical beast was paraded around the Stade Mohammed V stadium – which both clubs use as their home ground – against a backdrop of flares and smoke.

The dragon – depicted breathing fire and holding a trophy – had no goals to celebrate after that however, the first leg of the second round game finishing 1-1.

Both teams will return for the second leg later in the month – will the dragon return? If not, we’ll always have the first leg.