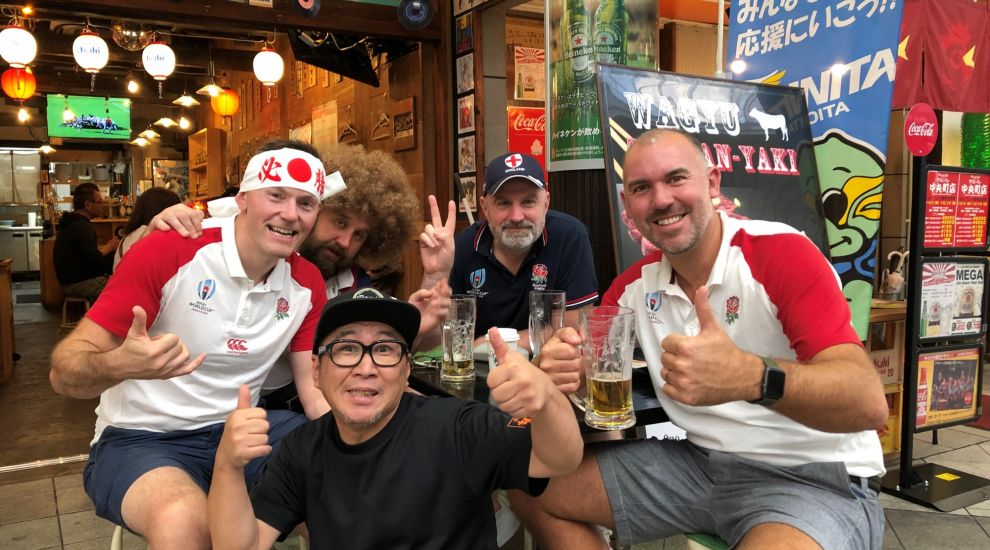 England fan forks out £8,000 on two trips to Japan for Rugby World Cup

England fan forks out £8,000 on two trips to Japan for Rugby World Cup

A rugby super-fan has spent more than £8,000 on tickets to see England play in the World Cup.

Mark Jones, from Telford, has forked out more than £3,000 for a last-minute trip to Japan, having just returned from watching some of the earlier stages of the competition.

He told the PA news agency he just had to see England face South Africa this weekend.

“I would have felt gutted if I had passed up the opportunity to watch them play the final live. It would have ruined the game for me,” he said.

He has spent more than £1,500 on the match ticket alone, which he admitted made him feel “a bit sick” but said it would be worth it.

He said: “I had to buy a hospitality ticket so have basically spent £1,500 on a few pints and the game.”

He visited Japan earlier this month, but was left disappointed after two of the four matches he had planned to see were cancelled because of the typhoon.

He also ended up having to pay extra for hotels after having to move last minute, leaving him with a total bill of £5,000.

The business owner is now set to travel to Japan on his own after his friends were unable to get the time off work or find affordable tickets for the final.

He will also celebrate his 46th birthday in Japan the day after the final.

“I’m a bit gutted about spending my birthday alone for the first time, but it will be worth it if the boys bring it home,” he said.

He added: “I have the most understanding wife in the world – she is the one who told me to go for it.

“She pointed out I only have six more opportunities left to see England in the final before I turn 70 – they probably aren’t going to play the World Cup in the UK again any time soon, and it’s a gamble as to whether they’ll reach the final again.

“I’ve been using Facebook groups to try to connect with people as I’m a bit nervous it won’t be quite the same experience alone.

“The day after, I thought about cancelling my ticket but I just couldn’t do it. I am sure the English rugby family will pull together.”

Another rugby fan booked flights to Tokyo “four or five pints down” after watching England’s win over New Zealand — but is poised to arrive in Japan on crutches with no accommodation and no ticket to the World Cup final.

Rob Lewis, a web designer from Sunbury-on-Thames, started looking up flights after a boozy morning with friends watching England’s semi-final victory on Saturday.

Demand for tickets to see England take on South Africa in the final in the Japanese city of Yokohama next weekend has seen prices soar, with some seats costing well in excess of £10,000 on re-sale sites.