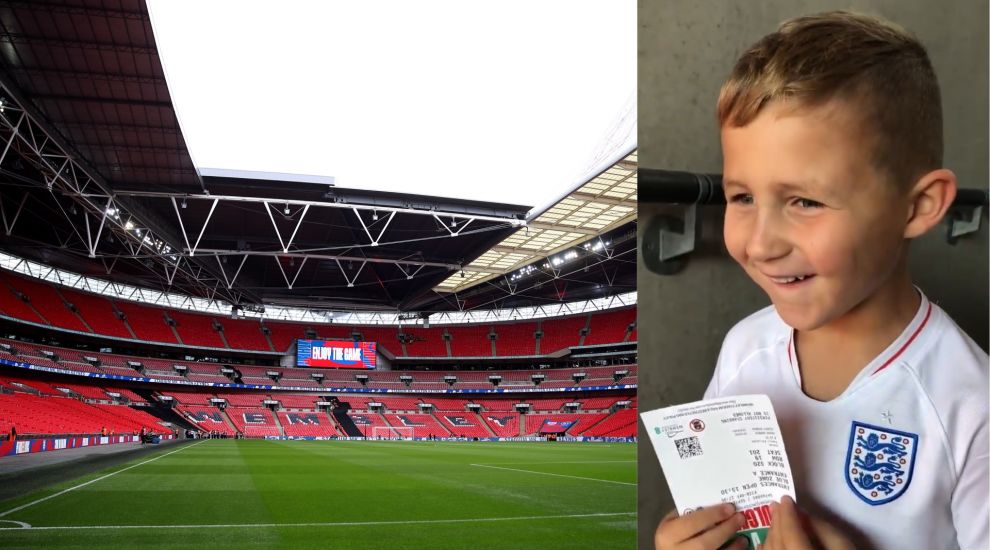 A young non-league football fan has gone viral thanks to his awed reaction at experiencing Wembley Stadium for the first time.

Five-year-old Oscar Smirthwaite supports National League side Stockport County and, although he has been to plenty of stadiums following the club, has never been to a ground bigger than the 10,000-capacity Edgeley Park.

So when his parents got him tickets to watch England play Bulgaria at Wembley on Saturday, it was something of a change of scene.

“It was a special day for Oscar,” mum Kathryn Smirthwaite told the PA news agency. “He’s football mad and his first steps were to kick a football.

“We knew he would be amazed at how high up he is, the size of the stadium, the number of people there and the thought of seeing his idols playing.”

Mrs Smirthwaite filmed her son’s reaction as he emerged into the stands to see the stadium in all its glory for the first time, and her subsequent tweet went viral, getting retweets from both the England football team and Wembley Stadium’s official accounts.

And with a bit of luck, Oscar – who plays for Reddish Vulcans, the same grassroots club Manchester City’s Phil Foden turned out for – could be back again in the future.

“He dreams of being a footballer and playing for England at Wembley,” Mrs Smirthwaite said.