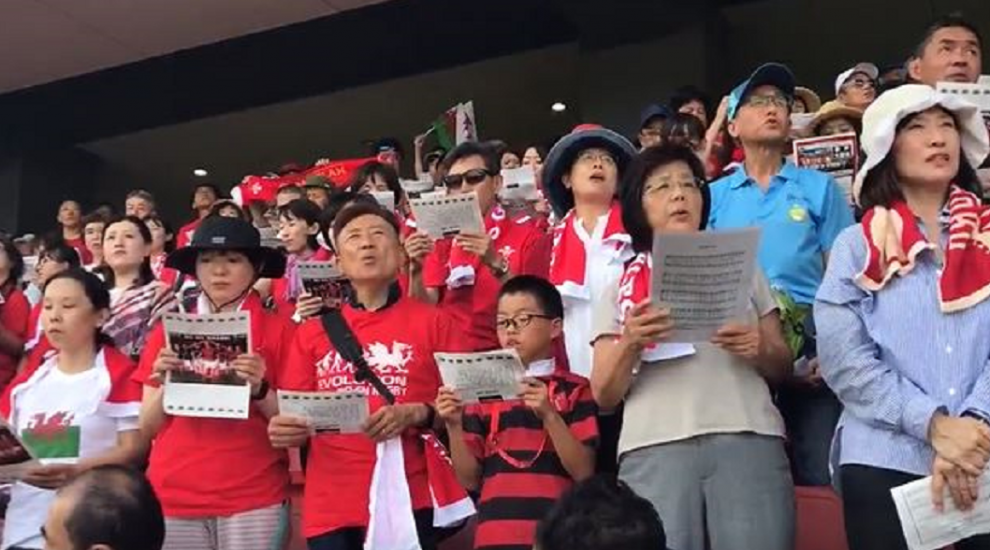 Wales’ World Cup campaign had a spectacular lift-off in Kitakyushu on Monday when 15,000 people attended an open training session.

Kitakyushu Stadium was packed to the rafters as tournament fever gripped a city that has been turned into a home from home for Wales’ squad.

He said: “I’ve never experienced anything like this in my career. It’s astonishing and it has been really emotional.

“It’s been like hosting a party. We got up this morning and we were saying ‘oh, I hope it goes well today and people will turn up’.

“It has exceeded all our expectations. But what has really warmed my heart is that it has shown how really strong the brand of Welsh rugby is. People know it’s us, they love the colour red, but also how powerful rugby is.

“It’s great as the guys are one week out from our first game, and to have an experience like this brings it home how amazing an event it is. It will give the players a huge lift.

“The dream was to turn the city red and we’ve done that. They weren’t a (World Cup) host city and we wanted to bring the Rugby World Cup to them.

“They offered to host us and it is a wonderful city. It is quite similar to a Welsh city as well. It’s based on history and the people are incredibly humble.

“What we’ve seen today is the result of 18 months of visits.

Huge queues snaked around the stadium more than two hours ahead of the Wales squad’s short journey from their hotel.

The players arrived to a sea of red shirts and a rendition of the Welsh national anthem – which was later followed by the hymn Calon Lan.

And Monday’s scenes followed the players’ arrival in the southern Japanese city two days ago, when hundreds of local schoolchildren greeted them at Kitakyushu International Airport.

The city centre, meanwhile, had long been decked out in Welsh flags and “Go, Go Wales” banners.

Jones added: “We couldn’t have picked a better partner. The people, the city, have just been magnificent.

“It has shown what impact can be made by having very much a can do attitude, that rugby is for everyone. It has grown every time we have been here.

“When you look back on things in your career, establishing this has been magnificent.

“Seeing the guys (players) when they arrived at the welcome party the other night, and seeing their faces here, they didn’t comprehend it. They have never seen anything like that and they will remember it forever. I know we will be back – and long may it continue.”