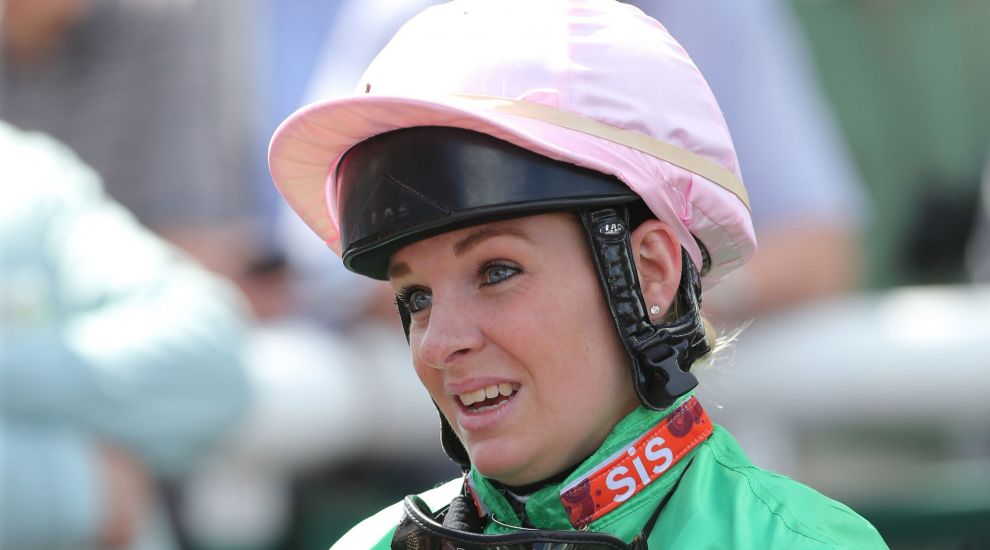 A jockey who answered a last-minute plea on Twitter scored a big win after stopping for a McDonald’s on the way to her unscheduled ride.

Racheal Kneller spotted a tweet on Tuesday morning from owner Vaughan Lewis, whose horse Ruacana was without a rider for the Flat Jockeys Can Jump Handicap Hurdle at Lingfield after booked jockey Trevor Whelan’s flight was cancelled.

Kneller dashed to the Surrey course from Berkshire to take the ride on the Zoe Davison-trained 10-year-old – but not before stopping at McDonald’s for some pre-race fuel.

It did the trick as she rode Ruacana, carrying a 7lb penalty for winning at the track a week ago, to a 10-length victory.

“That was great fun. He jumped well. He was a schoolmaster – he met everything perfect and I was just a passenger. He was an absolute superstar,” Kneller told Sky Sports Racing.

“I said I ought to go jumping – I had a McDonald’s on the way here and these weights are much better!”

Jockeys carry more weight in races over hurdles than on the flat, allowing Kneller the unusual pre-race treat.

The win was Kneller’s first success of 2019 – after 35 winless rides on the flat.

“I had a chocolate milkshake on the way there and I’ll be having Champagne when I get home,” she told BBC Sport.