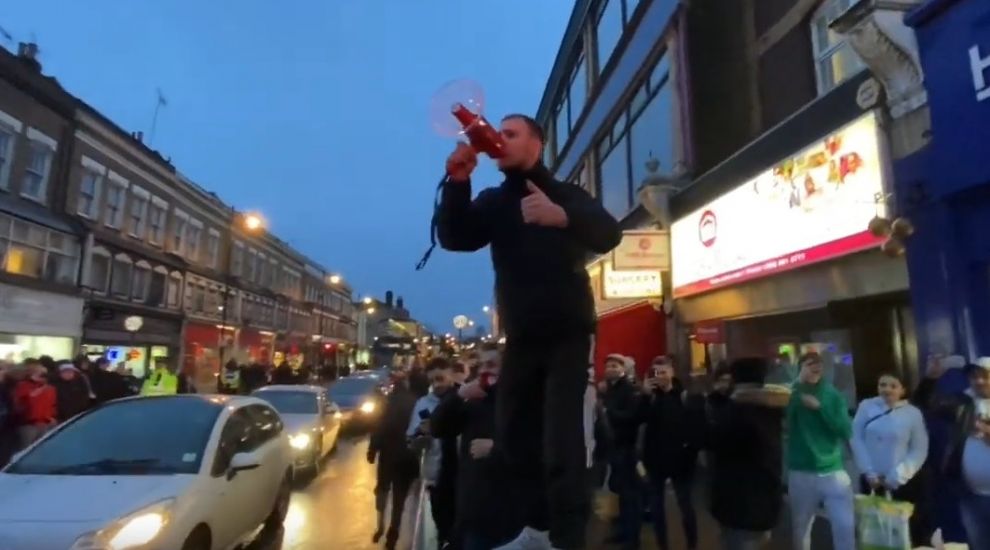 Hundreds of German football fans took over streets in north London ahead of the Champions League clash between RB Leipzig and Tottenham Hotspur.

Large crowds lined up along Tottenham High Road, jumping, clapping and chanting in unison as police escorted them to the game at the Tottenham Hotspur Stadium on Wednesday evening.

Video footage showed one particularly excited fan, who climbed on top of a rubbish bin and rallied fellow supporters with a megaphone.

Spurs face a tough game following the absence of Harry Kane and Son Heung-min, who has undergone surgery on a broken arm and could reportedly miss the rest of the season.

Leipzig are currently second in the German Bundesliga and trail leaders Bayern Munich by a single point.

Maxwell Cooper, an aspiring football writer, said that the loud chanting “woke him up” from a nap.

“[The noise was] deep,” he said. “Windows closed, TV volume on max, and you can still hear everything they’re saying. Almost scary, but I know they mean no harm.”

He added: “I’m an Arsenal fan, so if this helps motivate their team, then I’ll buy them all megaphones.”