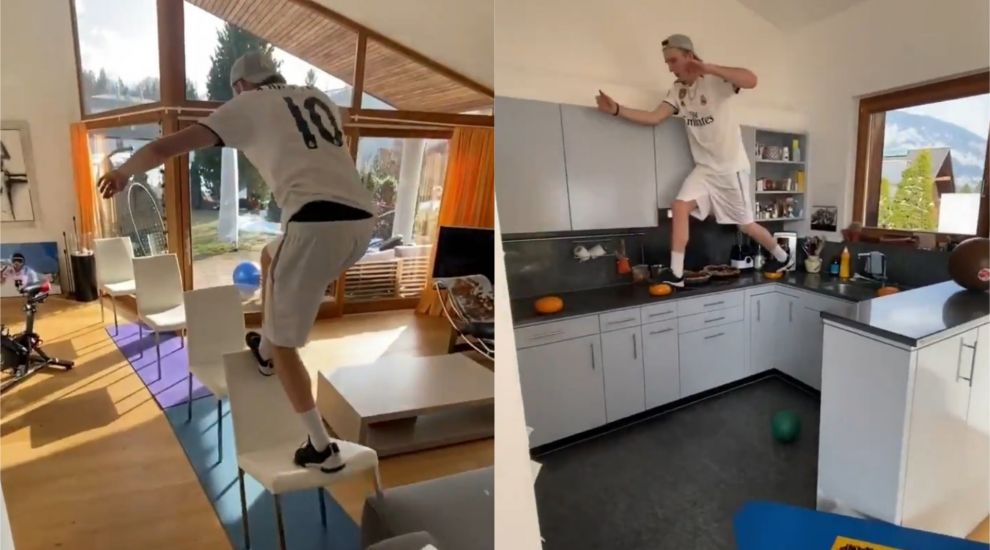 A freestyle skier has made self-isolation more exciting by constructing a parkour course in his house.

Andri Ragettli, who won slopestyle gold at the Winter X Games in Norway earlier this month, used various pieces of athletic equipment, furniture and even the structure of the house to create the course.

Ragettli, 21, said it was “boring” being stuck inside the house in Flims, Switzerland so he was trying to think of ideas for new videos.

He told PA: “Then actually my mom came up with the idea to build a course inside my house. So then me and my brother built a parkour.”

In video posted to Twitter showing Ragettli negotiating the obstacles, he ducks through a window to walk on the outside window ledge at one point, and even finds time to juggle with some prized toilet rolls.

The video ends with Ragettli cleaning his hands with sanitiser.

Ragettli said he hopes the video has a “positive impact”, adding: “It might show people that if you are creative you can do your stuff at home.”

The skier has gone viral before with his intricate parkour routines, which he uses as an alternative to traditional skiing training, sometimes racking up hundreds of thousands of views.