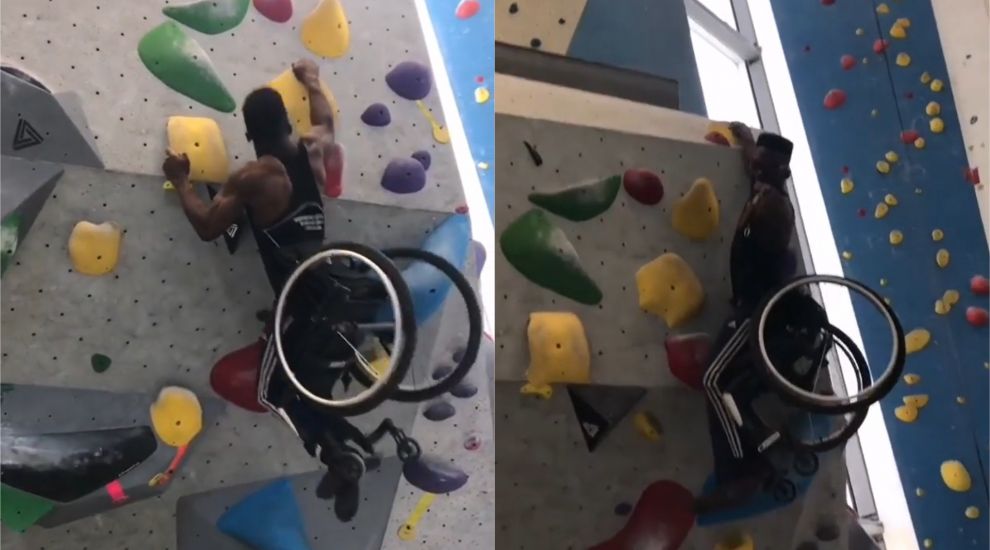 A student has gone viral after he scaled a climbing wall while still in his wheelchair.

Canadian Woody Belfort, who has used a wheelchair since childhood, says he learnt to climb in just one week as part of monthly fitness challenges he sets himself.

“Every month I have a different challenge… November was rock climbing,” the 23-year-old from Montreal told the PA news agency.

“I make it look easy but I was struggling so much.

“Everything I do I incorporate my wheelchair because it’s a part of me.”

Mr Belfort says he has been working out in the gym for four years, adding “anything that’s physical, I’ve probably tried it”.

His previous challenges have included gymnastics, basketball and volleyball. Last month was Bojutsu, a martial art using a wooden stick which he adapted to use with his wheelchair.

Mr Belfort is studying languages, focusing on Spanish, German and etymology, but also finds time to hold conferences in schools and share his achievements with more than 44,000 Instagram followers.

“I try to inspire and motivate other people,” he said.

“I’ve been active my whole life, since I was in the womb I was moving, jiggling.

“I’ve been thinking about it for two weeks now… I can’t wait for it.”