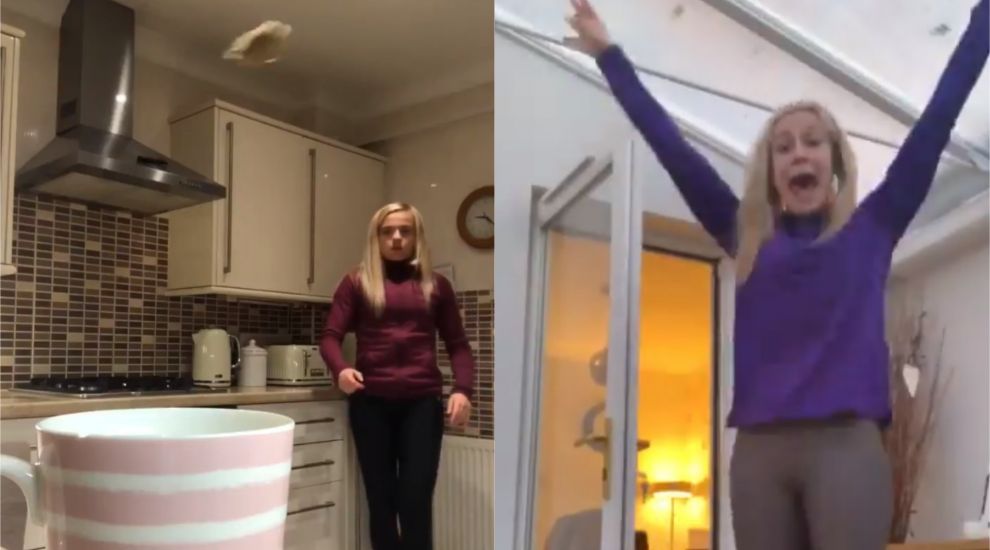 Football fans in Scotland have found a novel way to feed their appetite for the sport during its postponement by the coronavirus outbreak.

The #TeabagVolleyChallenge was coined by Hibernian Women footballer Siobhan Hunter and the game is simple – film yourself kicking a teabag into a mug on the volley.

Hunter told the PA news agency: “It was a competition I had done in my own kitchen with myself… I’m happy that other people are giving it a go as it’s actually a very fun competition.

“It’s a great way to stay busy, have a competition in the house with family members and create a good atmosphere.

“There are also different ways of putting it in the mug so there’s a fun way to increase the standard.”

Scotland international Amy Muir, Hunter’s team-mate, added: “She challenged us as a team to try it so then we put it out to challenge the public with the #TeabagVolleyChallenge.”

Hunter’s alternative way of tea-making method is now proving thoroughly popular in Scotland, where many are sharing their attempts on Twitter.

Donna McQueenie, from West Lothian, filmed her 10-year-old daughter Eve, who plays for Hibs’ Under-13s, taking part in the challenge.

“Eve loves these sorts of challenges at the best of times but for her heroes to start the trend was fantastic, which meant she was keen to impress them,” Ms McQueenie, 40, told PA.

“She is doing all she can to stay sharp and fit, so these challenges mean a lot at this difficult time.”

Hibernian analyst Emma Crawford, from Edinburgh, said the challenge is particularly welcome amid the current crisis.

“It’s nice to have lighthearted challenges like this to take our minds off the situation that’s going on at the moment,” she said.

The trend could also be found in Glasgow, where Leah Robinson described it as “a way to cure the boredom for a while”.

“Promise it wasn’t a fluke,” said Ms Robinson of her header into a teacup.