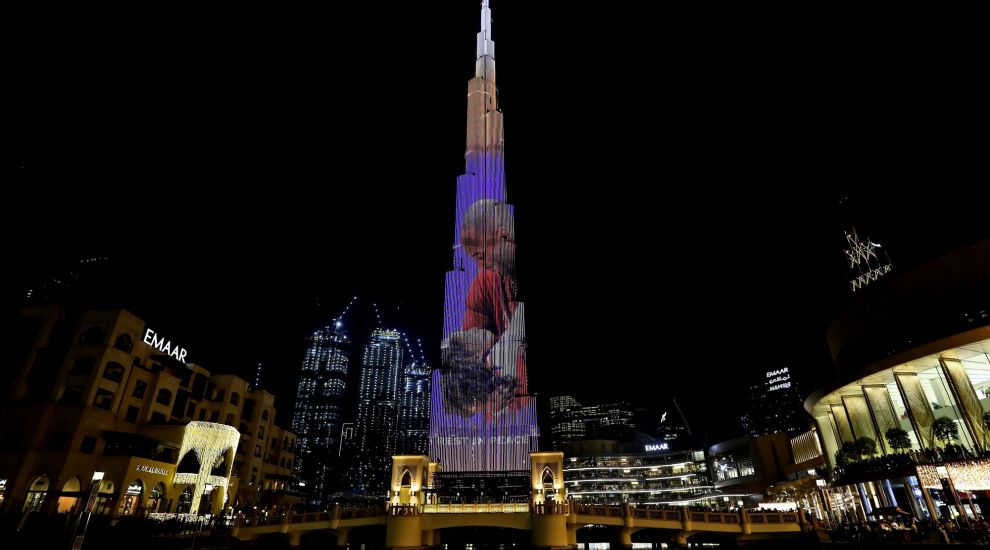 A tribute to Kobe and Gianna Bryant lit up the world’s tallest building a week on from their tragic deaths.

On Sunday evening Dubai’s Burj Khalifa was adorned with the faces of the basketball star and his daughter, who died in a helicopter crash in California on January 26.

The image showed former Los Angeles Lakers shooting guard Bryant, who was 41 when he died, holding Gigi in his arms.

The display was organised by Ahmed Bin Sulayem, an Emirati businessman who met Bryant and hosted him in the United Arab Emirates (UAE) in 2013.

In a statement Mr Bin Sulayem said: “My deepest condolences to Vanessa Bryant, and the family of Kobe Bryant.

“Number 24 will forever be with us. Here is to my greatest of all time.”