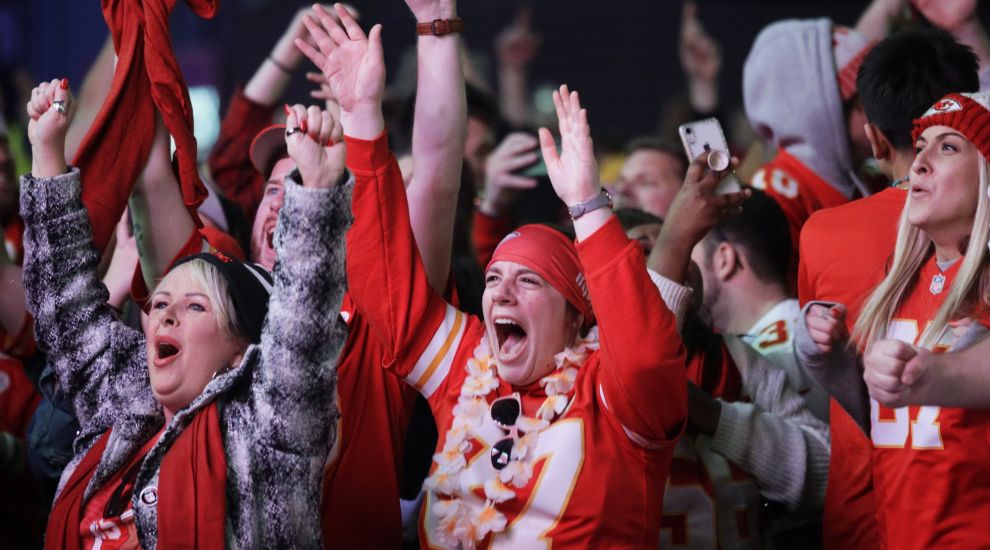 The Chiefs pulled off a stunning comeback after going 10 points behind the San Francisco 49ers on Sunday night, clinching a 31-20 victory in Miami.

From fan zones to homes in Kansas City, Missouri, the drama of the Chiefs’ first appearance at a Super Bowl since January 1970 proved overwhelming for many.

Grace has lived in the city her entire life and watched with her family at home.

“To actually see this happening is magical,” she told the PA news agency.

“This city supports our team like none other! We fell asleep to the sound of fireworks last night.”

Blake McFarland, from Olathe, Kansas, watched the game at a fan zone on a big screen, where confetti was released as the match came to a close.

The 25-year-old told PA: “It was one of the happiest moments of my life.

“I wasn’t sure if we’d come back and win but once they took the lead it was just a surreal experience.

“I just stood there and wanted to let the confetti rain on me.”

To the west in Running Springs, California, Jonathan Day embraced his father and his uncle – all “die hard” Chiefs fans – as the victory was confirmed.

“The feeling of the win was so amazing,” the 24-year-old told PA.

“None of us including my dad are old enough to have seen Super Bowl IV the last time they not only won but were just in the bowl.

“After the years of the constant heartache of a good season and then disappointment to finally get to not only root for the Chiefs in that game but to see them win was incredible.”

The 24-year-old threw for 286 yards and two touchdowns as Kansas City rallied from a 10-point deficit at the start of the fourth quarter.