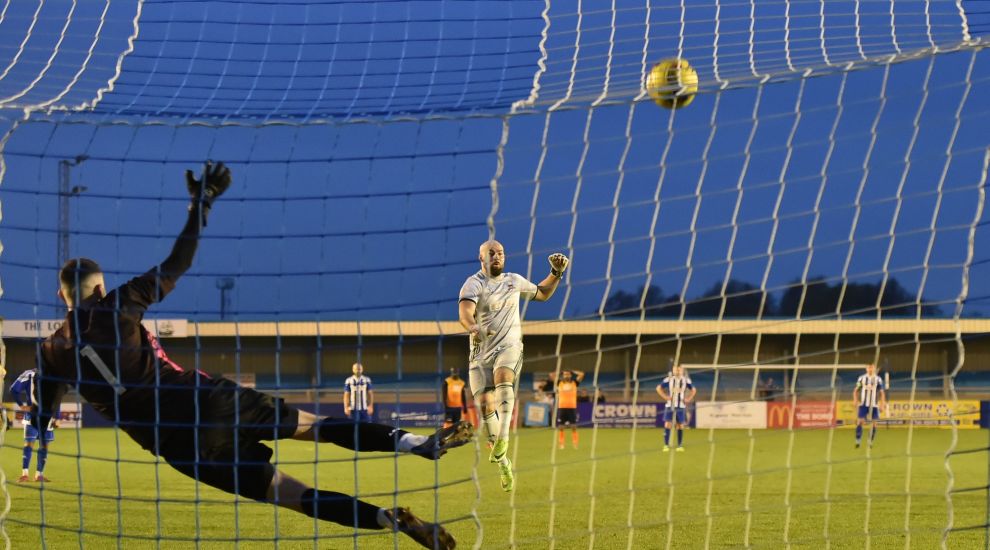 Eyebrows were raised when goalkeeper Tony Breeden stepped up to take a penalty for Nuneaton Borough and – like the ball he struck – they continued to rise afterwards.

Looking to break the deadlock for the non-league side in the 61st minute, Breeden blasted the spot kick over the bar and straight into a light in the stands.

Luke Dillam, 17, filmed the moment and told the PA news agency: “The penalty was given, I thought okay we can break the deadlock here with this goal, but then the goalie takes the ball off the striker and places it down.

“He skies it, and at first I didn’t see the light break until I re-watched the video, then the light was just hanging down from the roof.

“I laughed a lot about it and it is still funny now.”

Fortunately for Breeden his club confirmed no-one was hurt by the damaged light, and they still played on to victory over Stratford Town.

The club told PA the light is still waiting to be repaired and suggested Breeden is usually an accurate penalty taker.

“(We are) disappointed but from his track record of penalties we know he is very consistent,” they said.

“However we are grateful Callum Powell tucked away the second one.”

Nuneaton went on to win the National League North match 2-0 against Stratford.