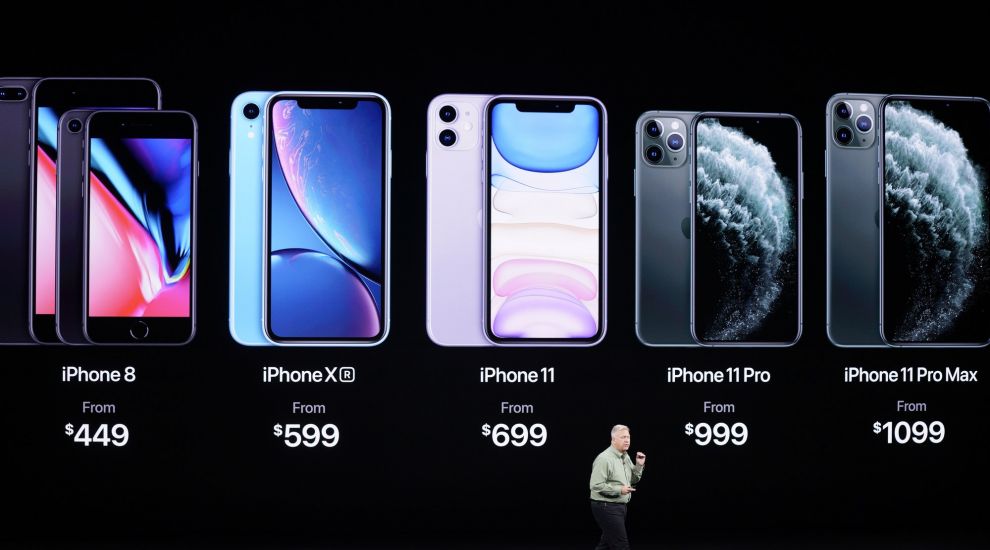 All the key announcements from Apple’s live event

All the key announcements from Apple’s live event

Apple has announced a range of new devices at its latest live event, including the next generation of iPhone devices.

Here is everything you need to know from the event.

To be released in three different sizes, the iPhone 11’s big focus is ensuring better photography.

The entry-level iPhone 11 comes with a 6.1-inch Liquid Retina display and a new dual rear camera system that contains a wide-angle and ultra-wide angle lens.

It also contains Apple’s new A13 Bionic chip, which uses machine learning to help stitch together better images from a number of different shots, as well as better optimisation for battery life and general phone performance.

Split into a 5.8-inch and 6.5-inch screen version, the Pro is Apple’s new top-of-the-line device.

That display is the new OLED Super Retina XDR display, which Apple says is the best they have ever put on an iPhone.

Another step up from the standard 11 is that both the Pro and the larger Pro Max have triple rear camera systems – including an additional telephoto lens.

It also houses the A13 Bionic chip, which Apple says can optimise the battery to the extent users get up to five hours extra battery life from their device as well as a performance boost.

Much the same in terms of look and design, the biggest change to the new Apple Watch is the introduction of an Always On display.

It means a dimmed version of the display remains on at all times, enabling users to check screen information and notifications without needing to raise their wrist to “wake” the display.

A number of new watch faces are being launched to take advantage of the new light and dark versions of the Always On screen.

Elsewhere, the devices have been given a built-in compass for the first time, as well as the ability to make emergency calls internationally from the Watch – also a first.

An aluminium and ceramic version will also join the Watch line-up when it goes on sale on Sepember 20, starting at £399.

Apple’s base-level iPad has been given a major update, with an increase in screen size from 9.7 to 10.2-inches.

It is also boosted by the introduction of Apple Pencil and Smart Keyboard connectivity support for the first time.

The updated device will cost £349.