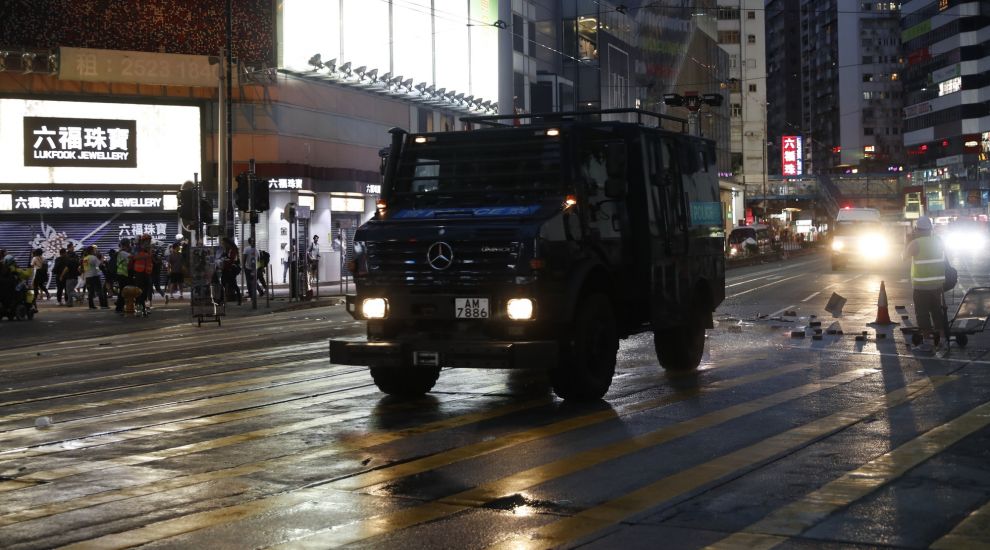 Apple has removed a smartphone app from its online store which allows Hong Kong activists to report police movements after an official Chinese newspaper accused the company of facilitating illegal behaviour.

The tech giant became the latest company to come under pressure to take Beijing’s side against anti-government protesters when the Communist Party newspaper People’s Daily said the HKmap.live app “facilitates illegal behaviour”.

Apple said in a statement that HKmap.live was removed because it “has been used to target and ambush police” and “threaten public safety”.

It said that violated local law and Apple guidelines.

HKmap.live allows users to report police locations, use of tear gas and other details that are added to a regularly updated map.

Another version is available for smartphones that use the Android operating system.

“We have verified with the Hong Kong Cybersecurity and Technology Crime Bureau that the app has been used to target and ambush police, threaten public safety, and criminals have used it to victimise residents in areas where they know there is no law enforcement,” said the Apple statement.

“This app violates our guidelines and local laws, and we have removed it from the App Store.”

The Hong Kong demonstrations began over a proposed extradition law and expanded to include other grievances and demands for greater democracy.

Activists complain that Beijing and Hong Kong leaders are eroding the autonomy and Western-style civil liberties promised to the former British colony when it returned to China in 1997.

Criticism of Apple followed government attacks starting last weekend on the National Basketball Association over a comment by the general manager of the Houston Rockets in support of the protesters.

Brands targeted in the past by Beijing have been subjected to campaigns by the entirely state-controlled press to drive away consumers or disrupt investigations by tax authorities and other regulators.

China has long been critical to Apple’s business.

The mainland is Apple’s second-biggest market after the United States but chief executive Tim Cook said it will eventually become number one.

Apple, which has its headquarters in Cupertino, California, is also an important asset for China.

Most of its iPhones and tablet computers are assembled in Chinese factories that employ hundreds of thousands of people.

Chinese vendors supply components for Mac Pro computers that are assembled in Texas.