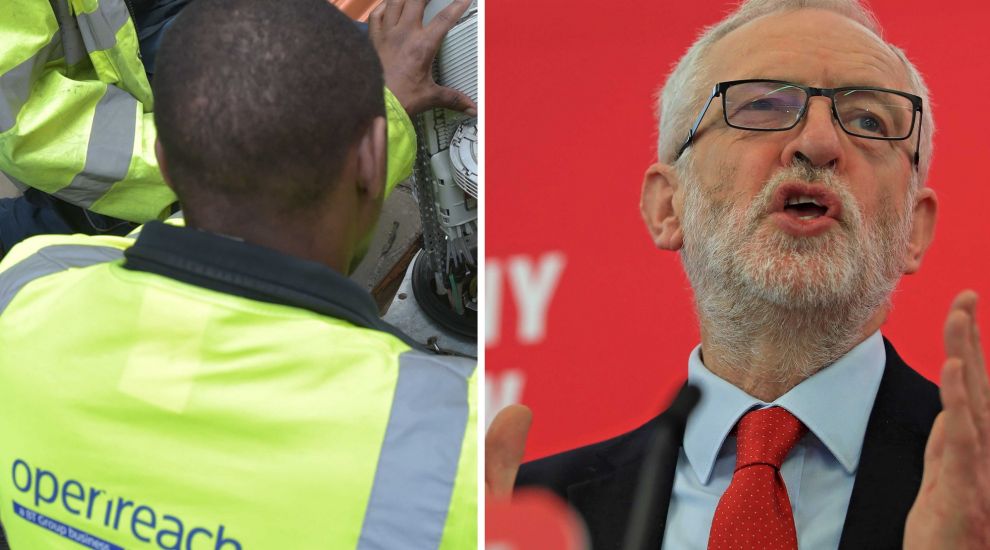 Labour’s free broadband pledge: How would it work?

Labour’s free broadband pledge: How would it work?

Labour has set out its plans to deliver fast and free full fibre broadband across the country if it wins the General Election.

But how feasible is the plan and what impact will it have on rivals?

Full-fibre is a newer, faster broadband technology which relies on fibre-optic cables, instead of the old copper cabling, entirely.

The technical term for this is Fibre To The Premises (FTTP), where the connection runs all the way from the exchange to the property, without going via a street cabinet in between.

Full-fibre can deliver speeds of up to one gigabit per second and is five times more reliable than connections using copper cables, according to Ofcom.

– What has Labour proposed?

Labour wants to introduce a British Broadband public service that will deliver full-fibre internet to every home and business by 2030 for free, if it wins the General Election.

The party said it would do this by bringing parts of BT into public ownership, specifically its Openreach division, which runs the UK’s broadband network.

– How does Labour intend to fund it?

Paying for it would be done through its Green Transformation fund, and taxing corporations such as Amazon, Facebook and Google, Labour claims.

They said there would be a one-off capital cost to roll out the full-fibre network, of £15.3 billion, in addition to the Government’s existing and not-yet-spent £5 billion commitment.

– Is the plan practical and do the numbers add up?

But there are also questions over issues such as BT’s pension deficit.

Shadow chancellor John McDonnell said BT shareholders would get Government bonds in exchange for their shares.

– What about other broadband providers?

One concern is what the move would mean for other broadband providers, such as TalkTalk, Virgin Media and Sky.

Mr McDonnell told the BBC it would come to an agreement with rivals, offering them “either an agreement of access arrangements or working alongside us, or, yes, if necessary they can then come within the ambit of British Broadband itself”.

Pushed on whether this means Labour would take these companies over, Mr McDonnell said: “I think we can come to an agreement – they’re only 10% of the network and that’s why we’re doing this, because they’ve failed.”

Following Labour’s announcement, TalkTalk has put the sale of its full-fibre broadband business, FibreNation, on hold.

– What has the reaction been?

The Communication Workers Union said Labour’s plan would create “thousands of good jobs across the UK”.

“Rolling out full-fibre will require thousands of engineers and will only be delivered with a co-ordinated plan to ensure we have the skills, technology, resources and investment in place,” said Dave Ward, general secretary.

However, the TechUK industry body said the proposals would be a “disaster”.

“Renationalisation would immediately halt the investment being driven not just by BT but the growing number of new and innovative companies that compete with BT,” it said.

– What about the other political parties?

In the race to be leader of the Conservatives earlier this year, Boris Johnson said he wanted full-fibre connections available across the country “for all by 2025” – eight years ahead of the 2033 goal set under Theresa May’s Government.

Speaking on BBC Radio 5 Live, Boris Johnson said: “What we are going to deliver is gigabyte broadband for all, and what we won’t be doing is some crackpot scheme that would involve many, many tens of billions of taxpayers’ money nationalising a British business.”

Sam Gyimah, Liberal Democrat spokesman for business, energy and industrial strategy, said: “It might be a Christmas election, but this is getting silly. Another day, another unaffordable item on the wish list.

“Wasting billions of taxpayer funds to nationalise BT won’t solve the connectivity issues faced by so many of our rural communities.”