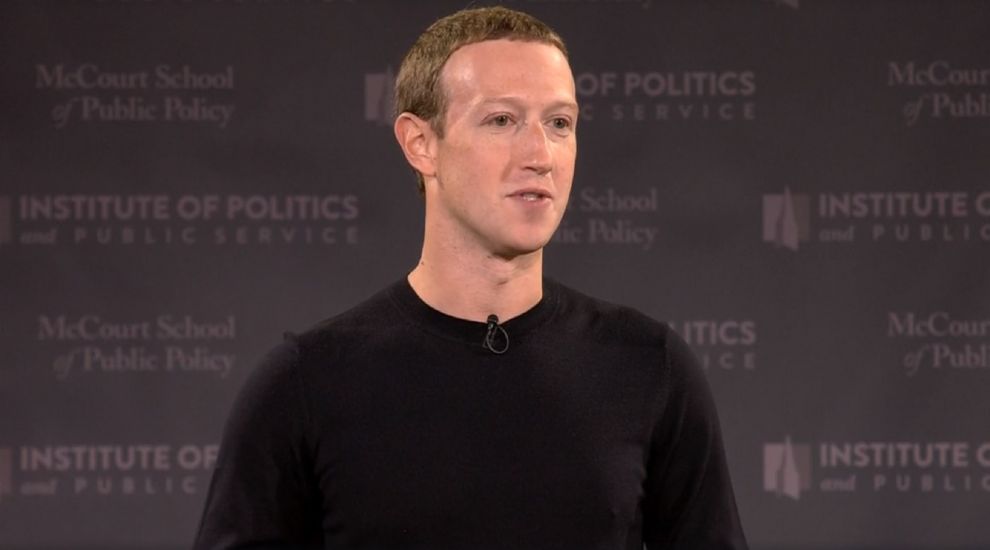 Mark Zuckerberg has defended the public right to freedom of expression and criticised the Chinese state’s censorship of protesters.

In a speech at Georgetown University in the US, the Facebook founder said the success of democracy was dependent on more people being given a voice.

He criticised China and its state censorship mechanisms, claiming that Facebook’s lack of presence in the country meant it was able to make decisions more freely about the freedom of expression – in contrast to social rivals such as TikTok.

“While our services like WhatsApp are used by protesters and activists everywhere due to strong encryption and privacy practices, on TikTok, the Chinese app growing quickly around the world, mentions of these same protests are censored, even here in the US,” he said.

“Is that the internet we want?”

Facebook and its founder have been under scrutiny for their approach to moderation – Mr Zuckerberg was earlier this week accused of trying to appease the US government to avoid potential future sanctions by holding informal meetings with supporters of President Donald Trump and right-wing media and political figures.

Mr Zuckerberg’s speech itself was also not without controversy, with the live-stream of the event cutting off before a question and answer session with students in attendance began – leading some on social media to accuse Facebook of trying to censor parts of the event.

In his address, Mr Zuckerberg said that among the biggest threats to free speech online was the use of laws in countries such as China to “undermine free expression and people’s human rights”.

“These local laws are especially troubling when they shut down free speech in places where there isn’t democracy or freedom of the press,” he said.

“But it’s even worse when countries try to impose their speech restrictions on the rest of the world. This raises the larger question about the future of our global internet.

“China is building its own internet, focused on very different values, and it is now exporting their vision of the internet to other countries.

“Until recently, the internet in almost every country outside of China has been defined by American platforms with strong free expression values. But there is no guarantee that these values will win out. A decade ago, almost all of the major internet platforms were American. Today, six of the top 10 are Chinese.”

Mr Zuckerberg also argued that allowing free speech on social media was crucial for social progress and democracy around the world, that discourse and debate were vital and that everyone should “confront ideas that challenge us”.

On the issue of where to draw the line when it comes to moderating content, he said that while freedom of expression has never been absolute, most people agree with the principle that no one should say something that puts others in danger.

He added that the focus when considering removing content should be on the authenticity of the speaker rather than judging the content itself and that platforms should target fake accounts rather than trying to moderate discourse.

He argued that social media users should still be able to say controversial things but have to stand behind those ideas by showing their true identity.

He said he was concerned about the erosion of truth, but that he did not believe anyone wanted to live in a world where users can only post “what a tech company judges to be 100% true”.

Mr Zuckerberg also reiterated his stance that Facebook supports the introduction of more regulation of the tech sector. He said the company and wider society would benefit from more “democratic processes and new institutions”.

“The future depends on all of us, and whether you like Facebook or not, I think we need to recognise what is at stake and come together to stand for voice and free expression at this critical moment,” he said.

“I believe in giving people a voice because at the end of the day, I believe in people, and as long as enough of us keep fighting for this, I believe that more people’s voices will eventually help us work through these issues together and write a new chapter in our history – where from all our individual voices and perspectives, we can bring the world closer together.”