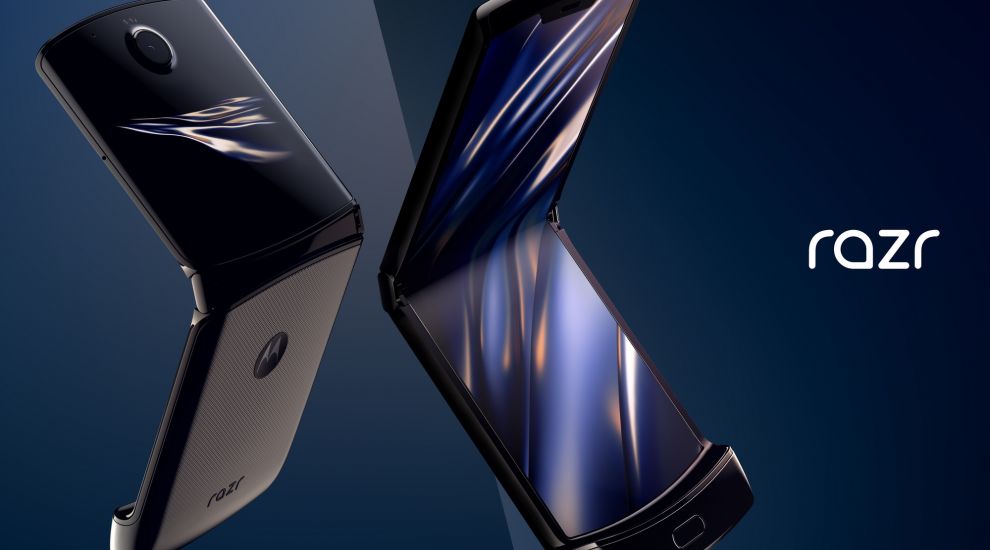 Motorola has revived its popular Razr flip mobile phone as a modern smartphone with a foldable screen.

Unveiled in the US, the reinvented Razr has a 6.2-inch screen which folds in half to shut in the same way as older “clamshell” handsets.

Flip phones such as the original Razr were popular in the early 2000s, when the screen and physical keyboard were separated by a hinge which folded the device closed to fit easily into a pocket.

The updated Motorola device has replaced the physical keyboard with a foldable screen which fills the entire inside of the phone.

Motorola said the design is the first of its kind, but follows other foldable devices such as the Samsung Galaxy Fold – which opens vertically like a book to reveal a large tablet-like screen inside the phone.

When closed, Motorola said the new Razr also has a 2.7-inch Quick View Display on which users can view and respond to notifications.

The phone-maker confirmed that the new device will launch in the UK exclusively on EE.

Industry expert Ru Bhikha, from uSwitch.com, said the Razr has nostalgic value, but warned it may not have the high-end features to compete with the flagship phones in the mobile market.

“Some brands dominate their markets so completely that their names become bywords for the whole industry. Vacuum cleaners are ‘Hoovers’ and to perform an internet search is to ‘Google’,” he said.

“The original Motorola Razr was such an iconic design that, even now, when you think of a foldable phone, you are automatically reminded of the classic flip-phone of the mid-Noughties.

“But the cost of developing the folding screen makes the Razr V4 a high-end smartphone likely to cost over £1,100 in the UK – more than the iPhone 11, but less than the Samsung Galaxy Fold.

“The Razr can’t compete with the performance of similarly priced rivals, boasting only a single 16MP rear camera compared to the iPhone 11’s three-lens set-up that includes a telephoto and two wide lenses.

“The device is also less powerful in the CPU and battery departments due to the restrictions of the design, so we’re sceptical that users will get through the day on a single charge.”

He also warned of the strain placed on folding screens by the regular opening and closing of such devices.

“After the teething problems of the Samsung Galaxy Fold, we will be watching to see how the Razr’s complicated hinge mechanism holds up to the countless times it will be opened and closed every day,” he said.

“The return of the Razr will enjoy massive buzz, but without the specifications of its high-end rivals the V4 could be accused of being all style and no substance.”

A number of other companies – including Chinese firms Huawei and Xiaomi – have either already unveiled or are reported to be working on foldable phones.