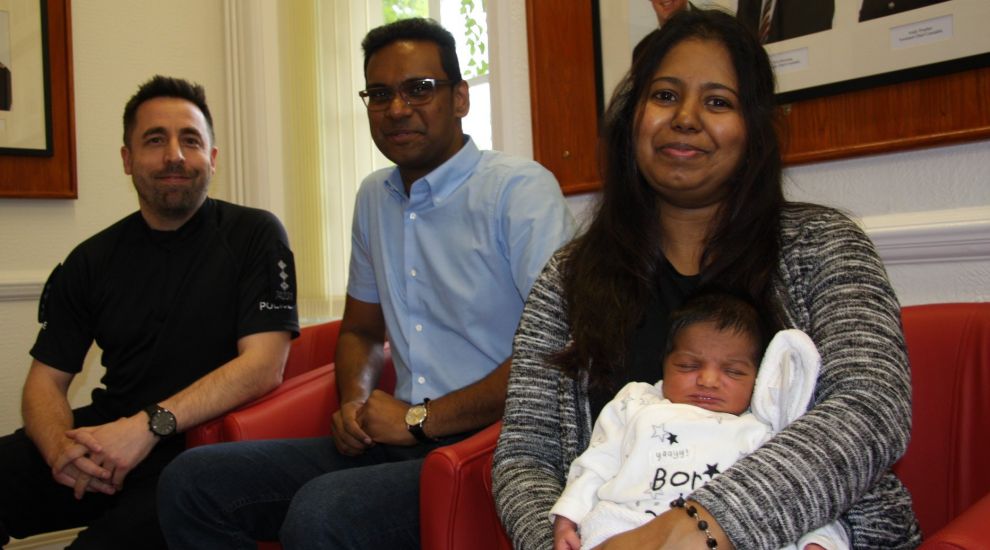 A pregnant woman was given an armed escort to hospital to give birth after firearms officers came to her aide.

Essex Police said Metha Ramanan almost gave birth stuck in traffic on the A13 in Stanford-le-Hope last Saturday morning until she was picked up by firearms officers.

The units were the closest in the vicinity of Mrs Ramanan to respond, and drove her in an armed response vehicle to Basildon Hospital.

They also drove her husband Nava Ramanan in his car to the hospital, where the couple’s son Abiman was born weighing 7.2lbs (3.3kg) a couple of hours later.

The trio visited Essex Police headquarters together on Tuesday to thank the police for their help.

“My family and I can’t thank the firearms unit enough for their help at the weekend,” said Mr Ramanan. “Our sweet baby boy Abiman was delivered within couple of hours of the lift they kindly provided.

“The officers were shining examples, keep up the good work in making Essex safe.

“I’d like to end by saying thank you everyone for your kind words.”