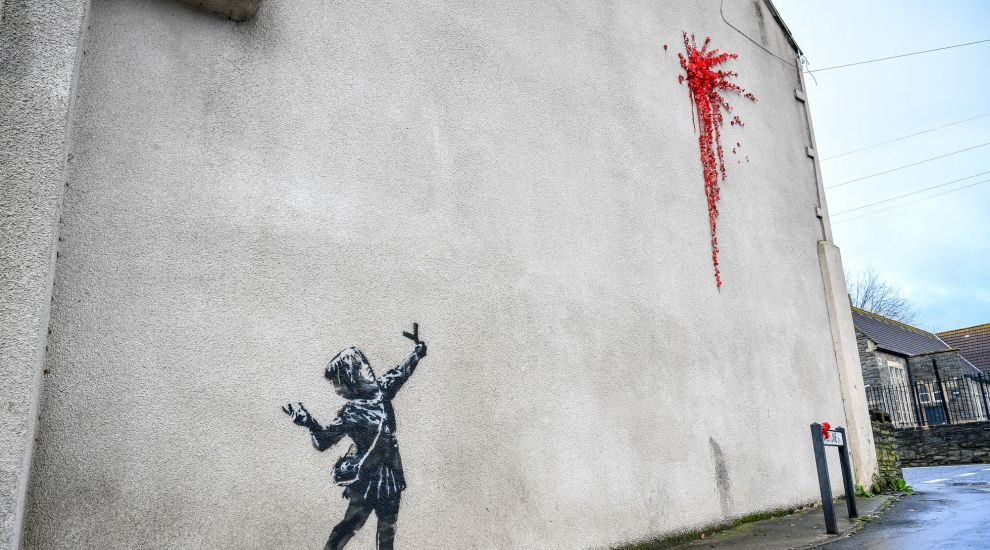 A piece of street art showing a young girl firing a slingshot of flowers at a building in Bristol is by Banksy, the elusive artist has confirmed.

Residents in the Barton Hill area of the city awoke on Thursday to find the striking piece on the side of a building.

The artwork, in Marsh Lane, features a stencilled image of a girl firing a slingshot of red flowers and leaves.

The artwork appeared on a rented home owned by Edwin Simons, who celebrated his 67th birthday on Thursday.

“We’ve been down here all day and it’s just been a complete buzz of excitement,” she told the PA news agency.

“There’s so many people coming and enjoying it, taking pictures, it’s fantastic.

“There’s been a lot of debate if it is a Banksy or not. Most people I’ve spoken to think it 100% is, and they’re naming it the Valentine’s Banksy.

The family are looking to cover up the artwork with glass to preserve it.

“My slight worry is, we’ve got this Storm Dennis coming on the weekend, so I really want to try and protect the roses,” she added.

News of the Banksy first emerged on Twitter, with Bristol Somali Community Association writing: “Today in Barton Hill, we woke up with this remarkable mural art painted on one of the houses of the area.

“We hope it’s Banksy’s work. Come and have a look yourself. Whoever painted, it’s worth admiring their creativity. Thank you.”

One local resident, James Bullock, saw scaffolding on the wall at about 6.20am on Thursday.

He walked past it later with his girlfriend and was stunned to see the artwork had appeared.