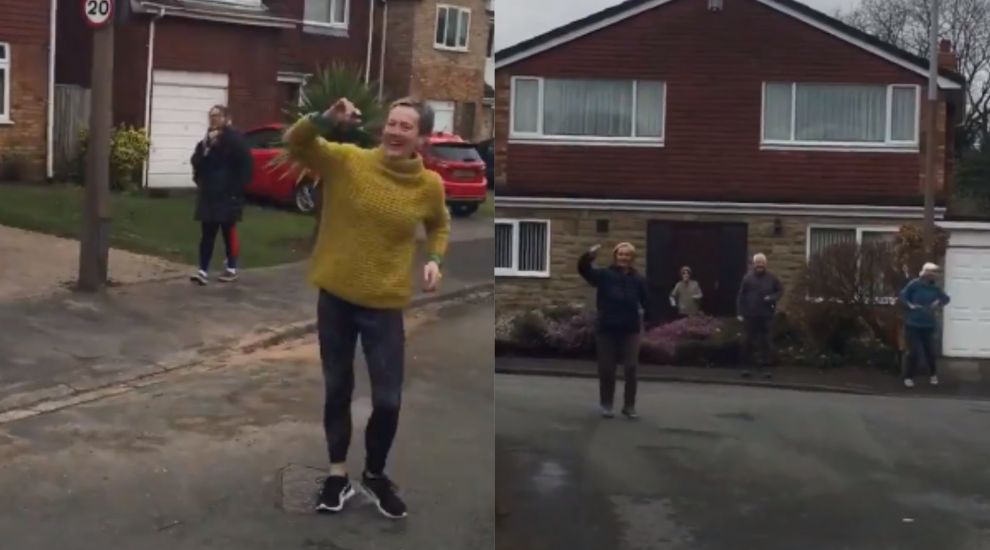 Cheshire residents of all ages hold dance party from their doorsteps

Cheshire residents of all ages hold dance party from their doorsteps

Residents of a street in Cheshire have taken part in a dance party from their doorsteps to help “uplift” those in isolation.

Elsa Williams, 23, took video of the daily “socially distant dance” in which residents boogied to It’s Not Unusual by Tom Jones.

Posting on Twitter, Ms Williams said that the dancing had been going every day for a week, and will be continuing “indefinitely”.

Those of all ages, including teenagers and the elderly, got involved with the dancing, which was led by local fitness instructor Janet Woodcock.

“Mostly our road is kids and elderly residents who are self isolating, so they look forward to it,” Ms Williams said.

Ms Williams told the PA news agency: “It was only meant to be a one-time thing, but it lifted people round here up a bit and they wanted more.

“We’ve had more and more people come out of their houses over the week.

“I think it’s a bleak time for a lot of people.

“Ultimately distance dancing can’t change that, but it seems to have uplifted people a bit!”