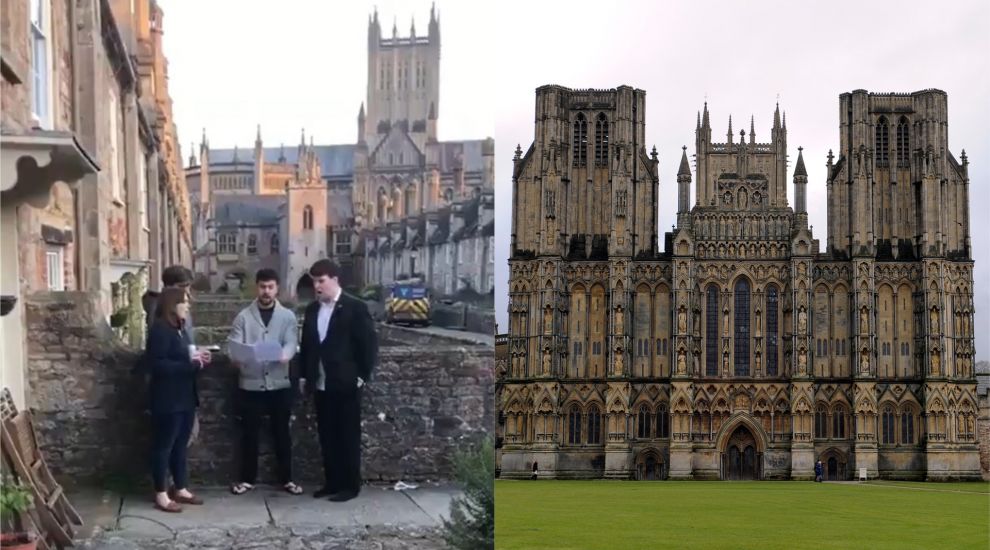 A group of young choristers have been keeping their neighbours entertained with mini concerts from their garden.

Emily Risdon, Adam Fyfe, Horatio Carr-Jones and David Bevan have been winning fans on social media after a video of them singing a piece by Gerald Finzi in Wells, Somerset, was posted to Twitter.

“Seeing as the cathedral is currently closed and the choir are unable to sing there regularly, we thought it would be nice to uphold the tradition of music by singing some pieces together,” said Ms Risdon.

Mr Fyfe, Mr Carr-Jones and Mr Bevan share a house on Vicar’s Close, as all three are scholars of the Vicar’s Choral.

Ms Risdon sings in the Schola Cantorum, or ladies’ choir, and also lives in the property with her partner, Mr Bevan.

She said: “It’s really quite handy that we make up a four-part choir of soprano, alto, tenor and bass.

“It was never meant to be anything too serious, just a bit of fun for us and hopefully something the rest of the close could enjoy.”

“Our neighbour Jenny has filmed us singing a few times but we had no idea it would end up spreading so far,” Ms Risdon said.

“We’re stunned and just hope that everyone who listens really enjoys it.”