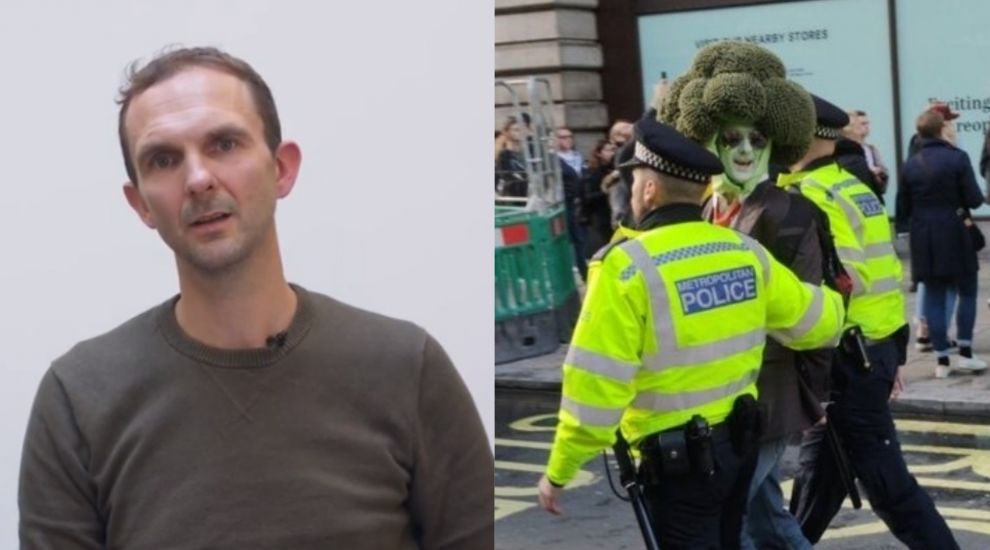 A climate change activist dubbed Mr Broccoli after being arrested during environmental protests has revealed his true identity.

Roland Everson, 46, a carpenter from Bristol, was wearing green face paint, a suit and a floret-style hat when he was detained in central London last weekend.

The protester became well-known following his arrest in Oxford Street on Sunday as part of Animal Rebellion protests, a group which is an offshoot of Extinction Rebellion.

He also appeared on Good Morning Britain alongside presenters Piers Morgan and Susanna Reid to further highlight his cause.

Mr Everson released a video statement after clashes on the London Underground when protesters attempted to stop Tube trains.

He said: “I have dressed as a broccoli to show the absurdity of how the Government and the media are addressing these issues. It is ridiculous that we should have to go to these lengths to protect our futures.”

He also called on the Government to initiate a “Citizen’s Assembly” to make changes concerning the environment.

Animal Rebellion said Mr Broccoli was attempting to “show the ridiculousness of the system”.

More than 1,700 people have now been arrested in connection with recent climate change demonstrations.

On Monday, the Metropolitan Police announced a ban on Extinction Rebellion protests in London.