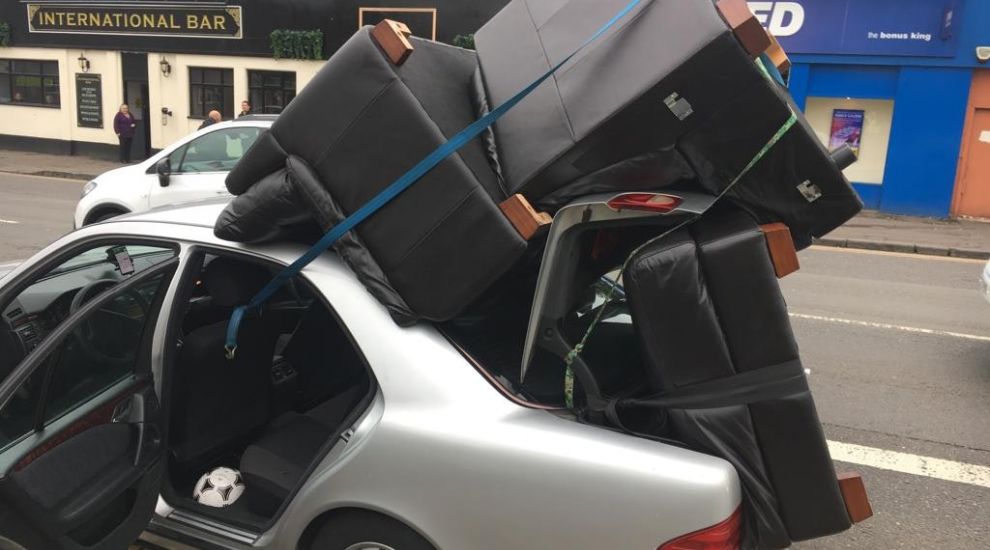 Driver caught with sofas and chairs piled on car roof

Driver caught with sofas and chairs piled on car roof

Surprised police have shared a picture of a car caught driving along a city road with a sofa and armchairs piled on the roof.

The furniture was wedged above and below the open car boot and secured with just a few straps as the vehicle drove through Glasgow.

Police stopped the car on Aikenhead Road and said the motorist was given suitable advice “for the transport of couches in the future”.

Officers said that a 49-year-old man was reported to prosecutors in connection with the load and other alleged driving offences.

They tweeted: “Officers from #GlasgowRP stopped this vehicle due to its load.

“Driver reported for load and other offences and suitable advice given for the transport of couches in the future.”

Many people posted comments with one saying “Just wow” and another writing “I have seen it all now!”

The incident happened at around 2.20pm on October 5.